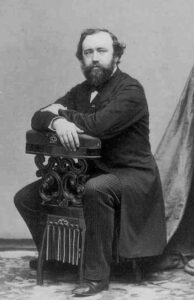 Antoine-Joseph Sax was born on November 6, 1814, in Dinant, which is now part of Belgium, to Charles-Joseph Sax and his wife Marie-Joseph née Masson Sax. As a child, Antoine, nicknamed Adolphe was quite accident prone, and some say that it is a wonder he made it to his teenaged years, much less to adulthood.

As a boy, Sax faced many brushes with death. As a child, he once fell out a window from a height of three floors, hit his head on a stone and was believed dead. At the age of three, he drank a bowl full of acidic water, because it looked like milk to the boy. Later, he swallowed a pin. He received serious burns from a gunpowder explosion, and once fell onto a hot cast-iron frying pan, burning his side. Several times he avoided accidental poisoning and asphyxiation from sleeping in a room where varnished furniture was drying. Another time young Sax was struck on the head by a cobblestone and fell into a river, almost dying. His mother once said that “he’s a child condemned to misfortune; he won’t live.” His neighbors called him “little Sax, the ghost.”

Sax came from a musical family. His father and mother were instrument designers, who made several changes 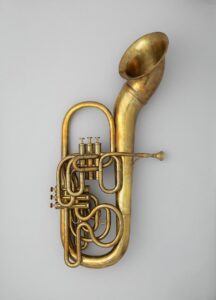 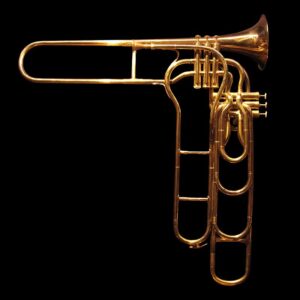 to the design of the French horn. At an early age, Adolphe began to make his own instruments. At the age of 15 years, he entered two of his flutes and a clarinet into a competition. He went on to study performance on those two instruments, as well as voice at the Royal Conservatory of Brussels. Adolphe relocated permanently to Paris in 1842 and began working on a new set of valved bugles. As with the rest of his childhood, even the invention of the saxophone was an accident of sorts…being the result of a modified saxhorn he’d created with his father, Charles Joseph Sax, in 1845.

While he did not invent what became known as saxhorns, his examples were much more successful than those of his rivals. Hector Berlioz, French Romantic composer and conductor was so enamored of Adolphe’s saxhorn examples, that he arranged in February 1844 for one of his pieces to be played entirely on saxhorns. The 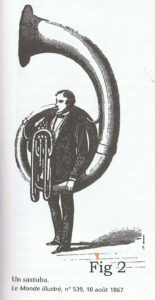 composition called for seven different sizes of saxhorns, and it was this composition that paved the way for the creation of the flugelhorn.

In 1845, Adolphe Sax also developed the saxotromba family, which were valved brass instruments bearing a narrower bore than the saxhorns. These were not as successful, and soon became a thing of the past. Sax went on to become an instructor at the Paris Conservatory. True to his earlier live of catastrophic events, Sax developed lip cancer in his later life, and true to his past, he survived that as well. Nevertheless, the catastrophic events continued, and Sax died of pneumonia in Paris, in relative poverty in 1894.