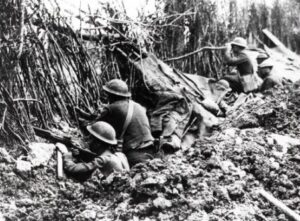 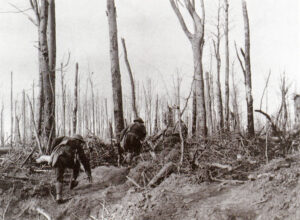 When I think of war and of the largest offensive in United States history, I don’t picture a battle in World War I. Nevertheless, I should. The Meuse–Argonne offensive, which was also called the Meuse River–Argonne Forest offensive, the Battles of the Meuse–Argonne, and the Meuse–Argonne campaign, depending on who you were, was a major part of the final Allied offensive of World War I that stretched along the entire Western Front. The offensive ran for a total of 47 days, from September 26, 1918, until the Armistice of November 11, 1918, and it was the largest in United States military history, past or present.

The offensive involved 1.2 million American soldiers, and as battles go, it is the second deadliest in American history. During the course of the battle, there were over 350,000 casualties including 28,000 German lives, 26,277 American lives, and an unknown number of French lives. The losses involving the United States were compounded by the inexperience of many of the troops, the tactics used during the early phases of the operation, and in no small way…the widespread onset of the global influenza outbreak called the “Spanish flu.” The 1918 Spanish Flu pandemic, also known as the Great Influenza epidemic, was an exceptionally deadly 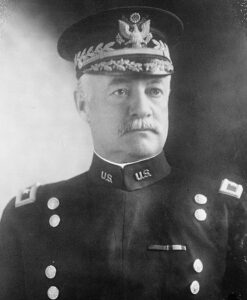 global influenza pandemic caused by the H1N1 influenza A virus. The pandemic affected an estimated 500 million people, or approximately a third of the global population. It is estimated that 17 to 50 million, and possibly as high as 100 million people lost their lives, which probably increased the deaths during the Meuse-Argonne offensive.

The Meuse–Argonne was the principal engagement of the American Expeditionary Force (AEF) during World War I, and it was what finally brought the war to an end. It was the largest and bloodiest operation of World War I for the AEF. Nevertheless, by October 31, the Americans had advanced 9.3 miles and had cleared the Argonne Forest. The French advanced 19 miles to the left of the Americans, reaching the Aisne River. The American forces split into two armies at this point. General Liggett led the First Army and advanced to the Carignan-Sedan-Mezieres Railroad. Lieutenant General Robert L Bullard led the Second Army and was directed to move eastward toward Metz. The two United States armies faced portions of 31 German divisions during this phase. The American troops captured German defenses at Buzancy, allowing French troops to cross the Aisne River. There, they rushed forward, capturing Le Chesne, also known as the Battle of Chesne (French: Bataille du Chesne).

In the final days, the French forces conquered the immediate objective, Sedan and its critical railroad hub in a 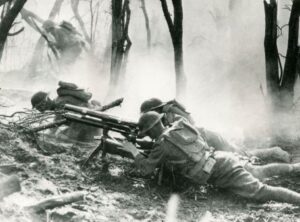 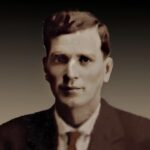 battle known as the Advance to the Meuse (French: Poussée vers la Meuse), and on November 6, American forces captured surrounding hills. On November 11, news of the German armistice put a sudden end to the fighting. That was fortunate for the armies, but for my 1st cousin twice removed, William Henry Davis, it was six days too late. He lost his life on November 5, 1918, on the west bank of the Meuse during these battles. He was just 30 years old at the time.