“[There is] therefore now no condemnation to them which are in Christ Jesus, who walk not after the flesh, but after the spirit.” Romans 8:1

Before we were saved, we were lost in our sin and condemned to Hell. We had no hope, but God, who knew that after the fall of Adam we would not be able to keep His laws, loved us anyway. Our world had come under the control of Satan, and we were separated from God; condemned. God had to find a way, within the laws that put our world into being, to bring about the atonement that would restore man’s relationship with God. Since the wages of sin is death, and the only one qualified to reverse the curse that had been brought upon mankind, was someone who was sinless and yet human, God had to find a way to bring a sinless person into this world. It would take a long time to find a man on the earth who was willing to partner with God to bring this to pass, because God was now outside of His creation looking in. God would partner with Abraham to bring about a race of people who would be His special treasure and the ancestors of His Son, who would soon put off His Heavenly glory to take on an earthly body, in order to go to the cross to buy back God’s people. He would pay for us with His earthly life, beaten and hanging on a cross, which was the most humiliating way to die in that era. But Jesus loved us and willingly made this sacrifice for us.

Jesus would enter our world, having given up all the privileges of His status in Heaven, as the Son of God. The cross was so much more than simply the shedding of blood. There was a covenant made between God and Jesus, the Son of Man. Blood covenants in Middle Eastern culture are forever. Jesus had taken our sins, our sicknesses, our separation from God and through the shedding of His blood, He paid the price required to buy our freedom from the curse and condemnation. All that was left was for us to receive Jesus as our Lord and Savior, and our lives would be forever changed. We would walk after spiritual things and be free from condemnation forever. The sacrifice Jesus made is free for anyone who will receive Jesus as Lord and Savior.

Lord, thank you for the atonement for my sins that you have freely given. Now I am a new creation. I am no longer condemned, but an heir to the throne. I receive your salvation in Jesus name. Amen

I’ll Pray for You

I am reading a book right now that, were I not a Christian, could put fear in my heart instantly. It is a book by John Hagee called “Can America Survive” and it concerns the end times and America’s place in them. In my head, this book is very hard to read, and my head wants to fear over what I read here, but God’s word says that many things will happen in the end times that could bring fear, but that we are to “fear not” so that is what I will do. Many of the things in this book are happening in this country as I write this. And they are things many of us don’t give any thought to. We often take our freedoms for granted, and too often offer our freedoms to those who have no right to them, because they aren’t even citizens of this country.

That said, I want to address first the issue of the claim that the Muslims make, that they will take over America. If you know anything about their faith, you will know that they are allowed to have as many as 4 wives, and birth control is not an option for these women. So many of them have 15 or more children. So potentially each Muslim man can contribute 60 or more new members each in their lifetimes, and that is just by having children. If they actively try to convert people from other religions, the numbers grow. That said, 1,000 Muslim could grow the Muslim faith by 60,000 or more people in a lifetime, and with that number and how many children they could have…well, you get the picture. Christianity is growing too, but are our numbers equal to those of the Muslims? Probably not.

Another issue to give thought to is our freedom of religion. We in America believe that each person has the right to choose, and that the church should be protected. So as a way of hiding all of their radical activities, the Muslims build mosques. We are not allowed to search these places, or even enter them. So, here on American soil there are places where they can hide guns, bombs, etc, and they are safe from our eyes.

My second point is that the Bible tells us to pray for our leaders. I know that many of you are struggling with this issue concerning our current president, as many of us believe that he is not a citizen of this country and that he is Muslim. Again, I say that Barack Obama (or Barry Soetero) must be prayed for to receive an awakening to the one true God.

I know how hard this prayer request will be for many of you. It will be as hard for you as it was for me, but in the defense of our country and our way of life, and most importantly in defense of our God, we must pray for salvation for these lost Muslim people, our president, and any other leaders federal, state and local that are not saved. The end times are near, and God’s plan will be fulfilled. Every prophecy will come to pass, and our prayers will not change the outcome of the end times, except that maybe, just maybe a few lost Muslims who would have gone to Hell, will end up in Heaven. It makes our prayers worthwhile, don’t you think? 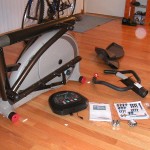 Bob and I sold our elliptical today. So, we have been trying to take it apart for easier transfer to it’s new home. Do you think we can find any instructions? Of course not!! Why is it that when you have something that you know might be important later on, you put it somewhere “safe” and when you need it, it is so “safe” that you never find it again. I seem to have this problem a lot. Somewhere in my house, there is a very secret stash of really important stuff staying very, very safe from ME!!! That is just wrong!!! 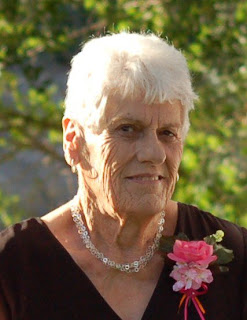 Today I said goodbye to my dear friend Evelyn. She was loved by so many people, and yet maybe very few of us knew the real her. Oh we knew parts of her, and together the parts mostly make her who she was, but the inner parts, the secret parts, the insecurities, the worries and fears, were things most of us never knew. I was able to catch a glimpse of a part of my friend that I didn’t know existed. A part that made her the sweet person she was. How can someone who seemed so confident have been insecure? That took me totally be surprise. She worried that she didn’t measure up to those around her, and yet in that humbleness, she far surpassed many of those people. In her final days, when people were praying for healing, and she was ready to go home, she worried about “letting those people down” who had been praying for her healing. In her last days, she was still thinking of others, and how they would feel. No wonder she was loved so much, by so many.

Today I was handed some shocking news. My dear friend from when my kids were little has lung cancer and is at the point of death. Her daughter is a friend on facebook, but I didn’t know she was Evelyn’s daughter until she posted that her mother was dying. It hit me like a ton of bricks.

Ours had been an unlikely friendship. We met at a really hard time in Evelyn’s life. Her husband was very ill, and she was looking at a long road ahead, caring for him, waiting on the love of her life to be slowly taken away from her. She was having a bad day, the stresses of the situation had gotten to her, and I just thought she didn’t like me. It would be weeks before someone would tell me why she was so moody. Once I understood that part, our friendship grew. She and I had bowling in common, and I substituted on her team many times. She was such a different person when she had the chance to relax and enjoy herself.

Our friendship grew and continued for many years. After she quit bowling, we lost track of each other…until today. I had thought of her many times through the years, but the time never seemed right to go look her up. Why do we wait too long sometimes? I was in hopes that there might still be time to go and talk to her one more time, but that is not to be. She is in a coma now and the opportunity was never made available to me, so I wait…for news, that I don’t want to hear.