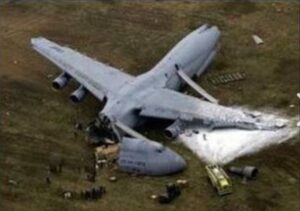 I don’t personally believe in luck, but some people have an uncanny knack for being in the wrong place at the wrong time. Frane Selak, a native Croatian, was one of those people. In 1962, he was traveling from Sarajevo to Dubrovnik by train, when the train derailed in a canyon. The night was rainy and cold, and when the train derailed, it plummeted into the Neretva River. When Selak came to himself, he found that he was surrounded by water. Selak was pulled to safety by an unknown passenger, but 17 people died in the accident.

Selak recovered from his injuries on the train and a year later, Selak took a trip from Zagreb to Rijeka, by plane to visit his ailing mother. The trip was last minute, and the flight was full. He talked the flight attendant into letting him sit in the back by her. Suddenly, one of the doors flew open. The flight attendant was immediately sucked out of the aircraft, followed 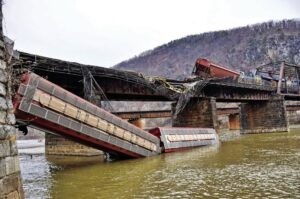 a second later by Selak who somehow landed in a haystack on the ground. The plane crashed moments later. Stories vary, but it is said that the crash killed 19 or 20 people.

You would think that somehow, that would be the end of Selak’s close calls, but you would be wrong. Things were going pretty well for about 22 accident-free years, but then in 1995, came Selak’s story of survival after being hit by a bus while walking in Zagreb. The following year, Selak claimed that while driving in the Croatian mountains an oncoming truck caused him to swerve off a 300-foot cliff. However, he said that he was “able to jump out at the last second and watch from a tree at the cliff’s edge as his car plummeted downward.” Are the tales outrageous? Yes, but they have not been disputed by doctors, hospitals, or police, so who knows. If they 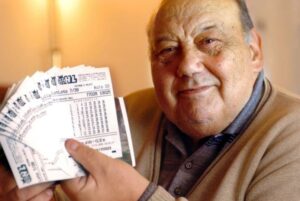 were true stories, it seems amazing to me that he didn’t become a recluse!! Still, there is no guarantee that he would have been any safer in his case. A man who had been in so many crashes, even though he survived, is at much greater risk of dying in the next one…right?

Finally, after years of close calls, when Selak was 74 years old…something changed. Selak won the lottery!! It seemed that his bad streak had turned to a good streak. The year was 2002, and Selak won more than six million Croatian Kuna, which amounted to just under 1.2 million US dollars.