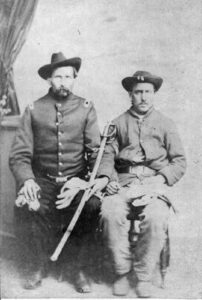 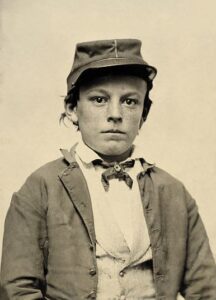 Anyone who has studied history in school knows about the Civil War. It was, of course, fought over slavery. The South wanted to keep the slaves and the North wanted to free the slaves. The Civil War was unique in another way too. Most wars are fought with soldiers who are rough and tough, ready to take on the elements, and battle to the death for their cause. The Civil War was that too, but the men of the South during the Civil War Era, were part of an era of the southern belles and southern gentlemen. This was an era when a type of lifestyle was borrowed from the English countryside, and basically transplanted into the American south. The lifestyle included a glorification of elegant horse riding, hunting, and of course, etiquette. This era and the people in it felt like there was a proper way to do things and that a certain level of decorum must be kept at all costs, in order to preserve their way of life.

Tobacco played the central role in defining social class, local politics, and the labor system. In fact, it shaped the entire life of the region, and in doing so, actually shaped the Civil War. While the Civil War was a war, somehow the men of the South who fought in it felt like it needed to have that high level of decorum and decency. Tradition needed to be kept and carried on and while they knew that they were fighting a war, I’m not entirely sure that they understand that there would be, by necessity, loss of life and loss of that decorum and etiquette. For the men of the South especially, the Civil War was one of the most devastating events to challenge their way of life. This was also the most devastating event ever to occur on North American soil. While the loss of life was great, and in fact the Civil War caused more Americans to lose their lives than both World War I and World War II combined, the people of the South lost much of that “British Countryside” lifestyle that they thought so essential…and afterward, they didn’t quite know how to recover from that. The Confederate Army wanted to separate from the Union and maintain slavery, and the fight to combat that notion didn’t end until 1865. The differing ideas were a cause for rift long after the war was over. 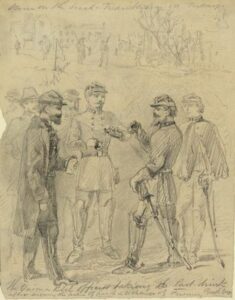 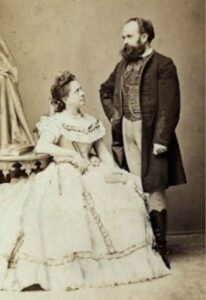 Nevertheless, despite the high stakes, the American soldiers from both sides still had several unofficial truces. Wars are usually long and tedious, and sometimes the men just needed to stop the fighting for a short time and try to be human again. Although these unofficial truces or ceasefires were usually frowned upon by military superiors, the men on either side would frequently call truces at the frontlines so Union and Confederate soldiers could chat, share information, and trade smokes. Imagine that…as the fighting is heavy, someone yells, “Wait…Smoke Break!!” Then both sides would stop shooting, walk out to the middle of te battlefield, and everyone would light a cigarette. I’m sure that’s not exactly how it happened, but they did actually hold such unofficial truces at times.

One Response to For A Smoke