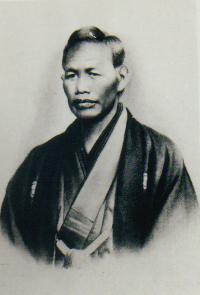 As a young America began to receive immigrants from other countries, it began to achieve its “melting pot” status. It wasn’t until May 7, 1843, that the first Japanese immigrant would arrive on the scene. A young 14-year-old fisherman, named Manjiro in America by way of a whaling ship. It wasn’t really an intentional immigration, because the boy and his fellow crew members were caught in a violent storm that caused their ship to wash up on a desert island 300 miles away from their coastal Japanese village. It was rather a “Gilligan’s Island” kind of situation, except that it didn’t last nearly as long as the famous sitcom.

After five months on the island, an American whaling ship showed up and rescued Manjiro, who was later adopted by American Captain William Whitfield, who renamed him John Mung and brought him back to the states to his home in Massachusetts. While he was grateful for his rescue, Manjiro always felt drawn to his own country, and eventually returned to Japan. He then became a samurai and worked as a political emissary between his home country and the West, according to reports, but it would be another 20 years…around 1860, before Japanese immigrants really began coming to the United States. At that point, groups of 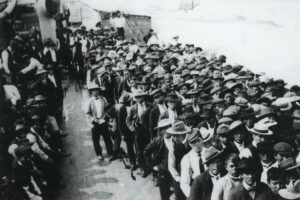 Things really picked up after 1886, and between then and 1911, over 400,000 Japanese men and women immigrated to America…mostly to Hawaii and the West Coast. Unfortunately, as was the case with the Chinese immigration movement, the Japan immigration movement brought with it a heightened level of agitation with people living in the United States. The new immigrants were viewed as interlopers, taking the jobs of the citizens, and so they were. As a result, in 1907 there was an agreement between the nation of Japan and the 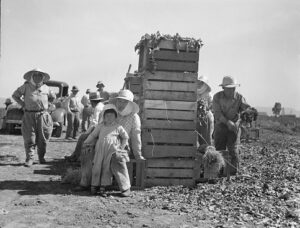 United States to have Japan stop issuing worker’s passports to come into the United States. Of course, immigration was not completely stopped. There were exceptions, like the exceptions for Japanese immigration for the spouses of those who were already working in the United States, and a select group of individuals who were requested to move to America. However, in 1924 a formal act called the Immigration Act of 1924 helped to tighten the banning of individuals. Nevertheless, it is Manjiro who is credited with getting the whole Japanese immigration started, and in 1992, he was commemorated for his early arrival when Congress dedicated the month of May as Asian American and Pacific Islander Heritage Month.