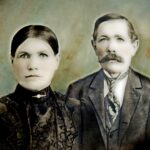 My great grandparents, Carl and Henriette (Hensel) Schumacher were farmers, first in Minnesota and then in North Dakota, where they owned land in the famous Red River Valley. I had heard of the Red River Valley as a child, but only from the old song that bears it’s name. Recently, while preparing for a trip with three of my sisters; Cheryl Masterson, Caryl Reed, and Alena Stevens; to Wisconsin and deciding to go through Fargo, North Dakota to visit our great grandparents’ graves, I was reading through my great aunt Bertha (Schumacher) Hallgren’s journal to get more information, when I came across the fact that my great grandparents had actually lived in the Red River Valley when they moved to Fargo, North Dakota. For a farmer, to live in such a fertile area and not be able to farm the land must have been just awful.

They had farmed in the Lisbon, North Dakota area. Later they moved to Fargo, when Great Grandma became ill, and the family left the farm for good. For my great aunts, Mina (Schumacher) Spare and Elsa (Schumacher) Lawrence, the move to Fargo was a welcomed one. They never really loved the farming lifestyle, and they saw the move to Fargo as a definite “step up” in the world. For Bertha and Great Grandpa, it was one of the saddest moments in their lives. They loved the outdoors, farming, and especially the Red River Valley’s fertile ground. They would take walks in the spring, summer, and fall, walking two to three miles to the edge of town to look out on the fields of crops that grew in the Red River Valley. They always wished they could go back to farming, but Grandma needed to be in town and closer to medical care. It wasn’t just this illness that plagued her, but the fact that the last nineteen years of her life were spent in a wheelchair, that made the need for closeness to doctors and hospitals so important.

My guess is that both Great Grandpa and Great Aunt Bertha hoped that someday they might be able to move to the farmland of the Red River Valley, but I expect that they knew deep down inside that it was not to be. Great Grandpa was getting on in years, and grandma was never going to get well enough to move back to the country. The wheelchair was extremely limiting. Sadly, there was a medicine that came from Germany that was helping 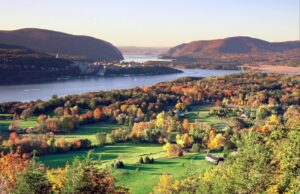 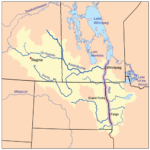 Great Grandma, but it became unavailable during World War I, so the doctor did other drastic treatments…electric shock treatments and drawing up the cords in her knees, which rendered her wheelchair bound for the rest of her life. For Great Grandpa and Great Aunt Bertha, they were thankful that they could walk out to the edge of town and see the Red River Valley, but always sad that they could not walk those crop fields and dig in the fertile dirt there. They would always miss farming.

One Response to The Red River Valley