Some nations really can’t be trusted with weapons of mass destruction. They are eager to start a war, and they don’t have the moral scruples necessary to care about the loss of life involved. When nuclear weapons began to be produced, nations like the Soviet Union, China, Germany, Iran, Iraq, and various others, simply couldn’t be trusted with these weapons, but it was difficult to stop them from developing them, just like it is today. Therefore, nations have had to develop ways to restrict the usage of these weapons.

On July 21, 1955, President Dwight D Eisenhower presented his “Open Skies” plan at the 1955 Geneva summit meeting with Prime Minister Anthony Eden of Great Britain, Premier Edgar Faure of France, and Premier Nikolai Bulganin of the Soviet Union…acting for Soviet leader Nikita Khrushchev, in Geneva in July 1955, to present the plan. The plan was never accepted, but it laid the foundation for President Ronald Reagan’s “Trust, But Verify” policy in relation to arms agreements with the Soviet Union. The planned agenda for the summit included discussions on the future of Germany and arms control, but as it became clear that no agreement could be 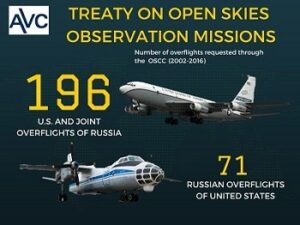 reached on the issue of possible German reunification or the precise configuration of an arms control agreement, considering what had happened in Germany after World War I, Eisenhower dramatically unveiled what came to be known as his “Open Skies” proposal. The proposal called for the United States and the Soviet Union to exchange maps indicating the exact location of every military installation in their respective nations. The purpose of the maps was to allow each nation to conduct aerial surveillance of the installations in order to assure that the other nations were in compliance with any arms control agreements that might be reached. While it sounded like a good idea, it had little chance of acceptance. The French and British expressed interest in the idea, but the Soviets rejected any plan that would leave their nation subject to surveillance by a Western power. Khrushchev declared that Eisenhower’s “Open Skies” was nothing more than an “espionage plot.”

The truth is that “Open Skies” was definitely not an “espionage plot,” but then we all knew that. Eisenhower was later quoted as saying that he knew “the Soviets would never accept the plan, but thought that their rejection of the idea would make the Russians look like they were the major impediment to an arms control 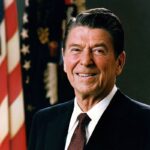 agreement.” The problem the Soviets had was that US surveillance planes would quickly find out that the Soviet Union was far behind the United States in terms of its military capabilities. The United States soon found that out anyway, because just a few months after the Soviet rejection of “Open Skies,” the Eisenhower administration approved the use of high-altitude spy planes (the famous U-2s) for spying on the Soviet Union. Thirty years later, President Reagan would use much the same rhetoric in his arms control dealings with the Soviet Union. Arms control, he declared, could only be effective if compliance with such agreements could be verified. “Trust, but verify” became Reagan’s standard phrase, and the truth is they were both right. If these rogue nations can’t be held accountable, they will continue to develop weapons of mass destruction, even while they are in a supposed agreement not to.