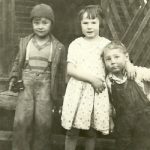 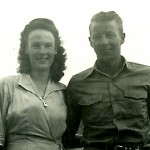 My husband’s aunt, Marion Kanta was his dad, Walt Schulenberg’s older sister. It was just the two kids for the first 13 years of her life, and the first 11 years of his life. For much of his early life, Aunt Marion, like many older sisters, was the bossy one. She tried to make sure her little brother did all the things he was supposed to do…or at least, all the things she told him to do. As little brothers would tell you, that bossy big sister thing didn’t really go over very well. Nevertheless, while they did fight sometimes, he did love her. Don’t let that make you think that he never hit his big sister. It’s a sibling thing after all, but boys had to be taught to treat girls like ladies, and so hitting his big sister didn’t go over well with their mother, Vina. So, as time went on, Walt learned to be a nice boy, and not hit his sister.

Of course, as they grew up, all that childish squabbling was behind them, and they became good friends, even though they lived in two different states. Aunt Marion, her husband and 8 children lived in Helena, Montana; and Walt, his wife and 6 children lived in Casper, Wyoming. The families got together as often as they could, but it really was pretty much a couple of times a year. That is often the case when families live so far apart. 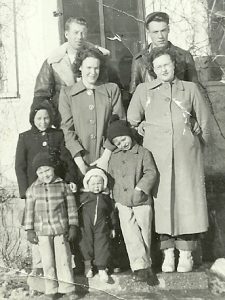 Nevertheless, it doesn’t diminish the love between siblings.

I remember that whenever we would go to Forsyth, Montana to visit Grandma Hein, Aunt Marion would often come over from Helena for a visit. We enjoyed those visits so much. She was always such a sweet person. There wasn’t even a hint of that bossiness that she was famous for in her youth. I’m not sure her kids would agree, but then it is a mom’s job to be bossy, right. Aunt Marion left us far too soon, when a developed a blood disease in 1999. She was only 72 years old and she was still a very healthy woman in every other way. Today would have been Aunt Marion’s 93rd birthday. Happy birthday in Heaven, Aunt Marion. We love and miss you very much.