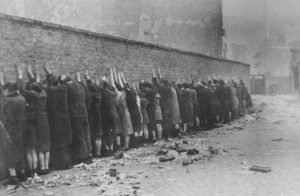 When the Nazis began their annihilation of of the Jewish people, many were caught completely unaware. I think it’s impossible to think that anyone could do such horrible things to other human beings. Many of the Jews actually went along with how things were going…at first. By the time they realized the predicament they were in, it was too late. Other Jews, somehow knew that moving into the “ghetto” was the beginning of their end. Some thought they would never leave their homeland, but would rather wait out the war, which would “be over before they knew it,” but it wasn’t over…not for a long time, and for some ended only in death. Many Jewish families wouldn’t survive the war, at least not intact. Over the years of the war, no Jews could say they didn’t know anyone who had died, because they all knew some who had died, and often it was their own family members.

One such family, the Shwartz family managed over the years of the war to escape time after time to emerge intact…against all odds. The family had been hit by loss, of course, but not at the hands of the Nazis. At first their lives weren’t affected. They lived in the country, and the “ghettos” seemed so far away. Then it started. It began with the Russians, yes Russians…they had been there at first in an effort to hold back the Germans, but in this case, they weren’t much better than the Germans. At first they took the vegetables and livestock to feed the soldiers, then they took the home. So the family moved.

When the Germans invaded, the family moved to a different town, but before long they were expected to go to the “ghettos.” Instead, they made their escape from Poland to Romania. Before long the family had to be split up to protect themselves. They lived in barns and small sheds, but still they weren’t really safe. They finally had to put their children up for adoption to Christian families, but even that wasn’t safe later on, and the children ended up back with their own parents. Eventually, one of the children at all of ten years old, decided that he was going to Palestine. He went, but they thought he had died when the ship sank. In reality, he was on a different ship, because his ship had been overbooked. 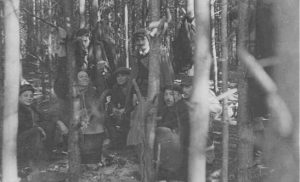 His aunt had also been with the family, and she had been able to move around under the radar, because of her blonde hair and blue eyes. She didn’t look Jewish. During one border crossing, the family was caught by German Gestapo, but the men were young and they were able to fool them into thinking they belonged. Of course, I am oversimplifying their entire ordeal, but miraculously, they entire family live through the Holocaust, without ending up in the camps, and in the end, they moved to Palestine, where they still live today.