Taking Advantage Of The Chaos

Shortly after the Japanese attacked Pearl Harbor, they were bent on making the most of the advantage they had, or perceived to have had. As we know the advantage was much less than they thought it was, but the United States did need a little bit of time to regroup and prepare for their entrance into World War II. The invasion of the Philippines started on December 8, 1941, just ten hours after the attack on Pearl Harbor. The US military had just lost ships and personnel, and understandably, the Japanese saw the opportunity to take advantage of the chaos. As at Pearl Harbor, American aircraft were severely damaged in the initial Japanese attack on the Philippines. A lack of air cover, forced the American Asiatic Fleet in the Philippines withdrew to Java on December 12, 1941. General Douglas MacArthur was ordered out of harms way. He was sent to Australia, 2485 miles away, unfortunately leaving his men at Corregidor on the night of March 11, 1942. Cutting off supplies, the Japanese finally forced 76,000 starving and sick American and Filipino defenders in Bataan to surrender on April 9, 1942. They were then forced to endure the infamous Bataan Death March on which 7,000 to 10,000 people died or were murdered. 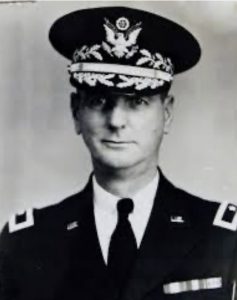 The 13,000 survivors on the island of Corregidor surrendered on May 6, 1942. It was the last holdout against the Japanese in the Philippines. The surrender of the Philippines and Corregidor was not only a sad thing…it was a death sentence for many. The island of Corregidor under the command of General Jonathan Wainwright, was hit by constant artillery shelling and aerial bombardment attacks, which ate away at the American and Filipino defenders. The troops at Corregidor managed to sink many Japanese barges as they approached the northern shores of the island with necessary supplies, but finally, cut off from supplies, the Allied troops couldn’t hold the invader off any longer. General Wainwright, who had only recently been promoted to the rank of lieutenant general and commander of the US armed forces in the Philippines, offered to surrender Corregidor to Japanese General Homma, but Homma wanted the complete, unconditional surrender of all American forces throughout the Philippines. Wainwright had little choice given the odds against him and the poor physical condition of his troops. He had already lost 800 men. He surrendered at midnight. All 11,500 surviving Allied troops were evacuated to a prison stockade in Manila.

The Japanese did not care about any kind of proper treatment of the prisoners of war. Men were beaten, 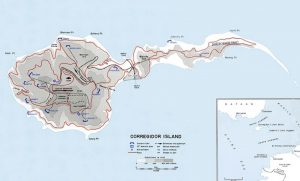 starved, and worked to death. Many of the men who surrendered at Corregidor were sent to Japan to work there. No one knew where they were, or even if they were still alive. At first, it was thought that they were in the prison camps, but people only later heard that their loved one was…who knew where. General Wainwright remained a POW until 1945. I’m sure the US government felt bad that they couldn’t help him, and so he was invited to the USS Missouri for the formal Japanese surrender ceremony on September 2, 1945. He was also be awarded the Congressional Medal of Honor by President Harry S Truman. Wainwright died in 1953…eight years to the day of the Japanese surrender ceremony.