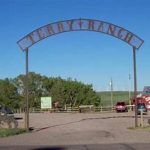 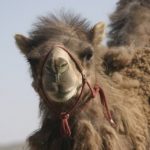 If you find yourself south of Cheyenne, Wyoming just north of the Colorado border, and you look to the east of I-25, you might be surprised to see several camels grazing in the fields there. The first time I saw it, I was very surprised, although it is not unheard of to bring animals from one area of the world to another, where it is not common to see such an animal. Nevertheless, it was not a sight that I had seen before.

This isn’t the first time camels have spent time in the United States, however. In the mid-1800s, someone else came to the conclusion that camels might be a good alternative to horses or donkeys in the deserts of the Southwest. Camels can go for long periods of time without water, and I’m sure that fact played a part in the decision. The camels were to be used in Arizona, New Mexico, and the deserts of the Colorado River. Some thought it might be a way to revolutionize travel and transportation over the American deserts. That thought is almost insane, considering what I have heard of the temperament of camels.

Jefferson Davis of the Southern Confederacy was the chief promoter of the project. In the last session of Congress in 1851, the army appropriation bill was under consideration. Then, Senator Davis from Mississippi, offered an amendment providing for the purchase and introduction of 30 camels and 20 dromedaries…which are two-humped camels, with ten Arab drivers, and the necessary equipment. Davis spoke of how these animals were used just like donkeys in countries in Asia and Africa. He mentioned that they were used by the English in the East Indies for the transport of army supplies, and other places where their use had been touted.

Davis also thought camels might be used effectively against the Indians on our Western frontier, because they could drink enough water before they started a trip to last for one hundred miles. Then, the camels and soldiers would travel continually without the need of rest. Camels travel at a rate of ten to fifteen miles an hour, so they could catch up to these bands of Indians…a feat the cavalry had been unable accomplish.

The transport ability of the camel was not in question, because they could do the same things here that they were capable of doing in the East. Camels are used to eating brush and scrubs, and drinking the same kind of brackish water which existed in some portions of our Western deserts. In the end the group promoting the use of camels misjudged the workability of the camels…at least as it applied to their use without bringing the Arab handlers over to work the camels.

It seemed that the camel was going to be the greatest thing to arrive in years, but those who promoted the scheme, forgot about the downsides of using camel labor. One fatal mistake was that they figured only on the camel’s virtues. Camel’s can be uncooperative and difficult to work with. Another mistake they made was in not bringing in the Arab drivers with the camels. The people in America, who were going to be handling the camels really had no idea what they were up against. It was like telling an attorney to perform surgery. Both the American mule-whacker and the Arab camel driver were skilled at their jobs, but they were doing a job they were not trained for. It can become a recipe for disaster. From the very first meeting of the camel and the American mule-whacker, who was to be his driver, there developed between the two a mutual antipathy, and lets face it, antipathy is not a good thing in relation to working together to reach a goal. Really, to be a successful camel driver, a man must be born to the business. This is a trade that is often passed down from generation to generation.

The camel’s mild submissiveness, rather than appealing to his drivers, seemed instead to provoked them. They understood the vigorous kicking of an army mule in his protest against abuse, but the spiritless dejection and the mild-eyed pensiveness of the Arabian burden-bearer was exasperating. While the camel seemed to want to please, their ability to show pure meanness came to the forefront when pushed too far. One lone camel could stop the work of an entire herd simply by showing that his stubbornness was just as strong as that of a mule. Also, either they were clumsy when it can to close quarter or something, because when two of these heavily laden “ships of the desert” collided on a narrow trail, as they always did when an opportunity offered, tons of supplies were scattered over miles of plain and the unfortunate camel pilots had to gather up the cargo of the wreck. Whenever that happened, the handlers cursed the whole camel race. 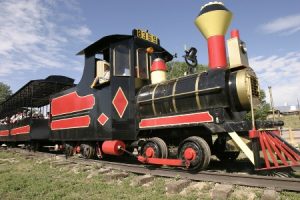 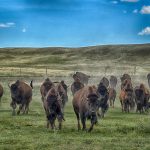 I’ve never stopped in to see the camels at the Wyoming-Colorado border, so I don’t know if these camels are as contrary as the ones used in the 1800s, but I think it would be interesting to see a camel up close anyway. Maybe one of these days I will do just that. The Terry Bison Ranch’s custom-built trains take you to see ostriches, camels, a huge bison herd, and actually hand-feed the bison! Sounds interesting to me.