The Angel Of Auschwitz 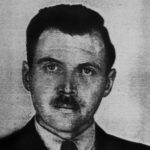 Most people would not think that the things Dr Gisella Perl did at Auschwitz during the Holocaust were angelic in any way, but the prisoners there, the women whose lives she saved would say otherwise. To them, she was an angel of mercy…even if some of the things she had to do were so horrific that she tried to commit suicide after the war. Dr Perl was a successful Jewish gynecologist from Romania, where she lived with her husband and two children. Right before the Nazi soldiers stormed her home, she was able to hid her daughter with some non-Jews, but she, her husband, son, her elderly parents who captured and taken to Auschwitz. Once they arrived, Gisella was separated from her family. They would be sent to be slave labor or to be killed. She would never see any of them again. Because she was a doctor, she was to be used in a different way…a horrifically gruesome way. She was to work for Dr Joseph Mengele, to be at his beck and call, and the things he made her do nearly killed her. She was a doctor. She was supposed to save lives, not be involved in ending them…or worse, but that was the position he put her in.

First, he told her to round up any pregnant women. She thought she was going to be caring for these women, but after she turned over 50 women, and they were immediately sent to the gas chambers, a horrified Dr Perl made up her mind that somehow, she would do whatever she could to thwart the Nazis horrible plans. She had not understood what was goin to happen to the pregnant women she turned over, and the thought of her part in their loss of live, nearly killed her. The things she did after that first horrible mistake, might not seem to most people, including me, like the actions of an angel, but I can see that she had no real choices.

The women Dr Perl cared for had been treated horrible by the Nazi soldiers. Their wounds consisted of lashes from a whip on bare skin, to bites from dogs, to infections from the horribly unsanitary conditions. When she entered the room, the prisoners in the infirmary knew that she was there to help. That was the good part of her life at Auschwitz, but Dr Mengele was a cruel and evil man, and he was determined to kill any pregnant woman. This left Dr Perl with an extremely difficult decision to make. She could watch as the mother and baby were put to death, or she could abort the babies and give the mothers the chance to live to have a family later. The choice was unthinkable to her, but it was also a non-choice. She could lose one life or both. The abortions were performed in secret, often in darkness, and the women whose lives she saved…well, they were grateful, even 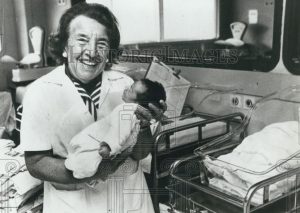 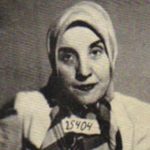 though they mourned their babies and never truly got over the decisions they and Dr Perl made. Later in life, after the war, Dr Perl went on to deliver many live babies, rejoicing over each. She was bold with God, telling him, when a baby seemed unlikely to make it, that God owed her this baby, because of those she could not save in the Holocaust. God honored her prayers, and gave her the healthy babies she requested of Him. I think He considered her the Angel of Auschwitz too.