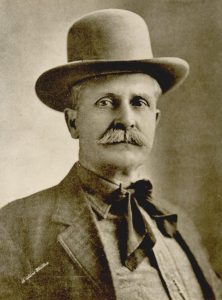 Unfortunately, there are among us, people who are corrupt and ruthless, and sometimes, things happen because of corruption, anger, or even stupidity. William Tilghman was born in Fort Dodge, Iowa on July 4, 1854, at the height of the “Wild West” era. He was a man who wanted something more, so at 16 years old, he moved west. As sometimes happened, men who went west, toyed with the wild life that was brought about by the lawless area. Tilghman was no different. He fell in with a bad crowd of young men who stole horses from the Indians. After several narrow escapes with angry Indians, Tilghman decided that rustling was too dangerous and settled in Dodge City, Kansas, where he briefly served as a deputy marshal before opening a saloon. He was arrested twice for alleged train robbery and rustling, but the charges did not stick. It was a shaky start, but Tilghman gradually built a reputation as an honest and respectable young man in Dodge City. Before long, he became the deputy sheriff of Ford County, Kansas. Later, he was offered and accepted the job of the marshal of Dodge City…a real life Matt Dillon, from Gunsmoke.

Tilghman was one of the first men into the territory when Oklahoma opened to settlement in 1889, and he became a deputy US marshal for the region in 1891. In the late 19th century, lawlessness was still very much a part of Oklahoma. Tilghman helped to bring order the to area by ridding Oklahoma by capturing some of the most notorious bandits of the day. While locking up many criminals, Tilghman, nevertheless, managed to earn a well-deserved reputation for treating even the worst criminals fairly and protecting the rights of the unjustly accused. Any man, who found himself in Tilghman’s custody, knew he was safe from angry vigilante mobs, 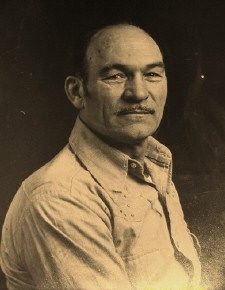 because Tilghman had little tolerance for those who took the law into their own hands. In 1898, a wild mob lynched two young Indians who were falsely accused of raping and murdering a white woman. Tilghman arrested and secured prison terms for eight of the mob leaders and captured the real rapist-murderer.

In 1924, after serving a term as an Oklahoma state legislator, making a movie about his frontier days, and serving as the police chief of Oklahoma City, Tilghman might well have been expected to quietly retire. However, it was the height of the Prohibition era, and the old lawman was unable to hang up his gun. He still felt a calling to keep law and order in his town. He accepted a job as city marshal in Cromwell, Oklahoma. On November 1, 1924, William Tilghman, who was known to both friends and enemies alike as “Uncle Billy” was murdered by a corrupt prohibition agent who resented Tilghman’s refusal to ignore local bootlegging operations. The Prohibition officer was drunk, and in his anger, made the worst mistake of his life.