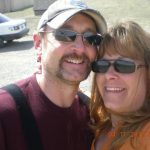 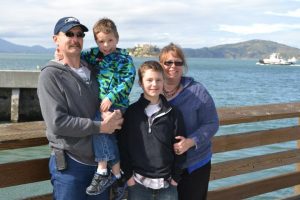 all. I guess we all have our own ideas.

Ron also loves to go camping in the summer, which is one reason why he, like many people can’t wait for summer and the warmer weather. Even if you like winter, which I don’t think most people do, there comes a point in the long winter season, when everyone looks forward to summer and being able to get outside and do things. Ron has liked camping since he was a little kid, and he has never outgrown it, so he, his wife, Rachel and their son Tucker try to go just 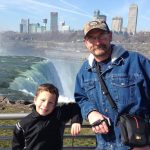 about every other weekend of the summer. They also like to travel. and took a trip to New York a couple of years back. Their boys, Riley and Tucker had a great time. It was a great trip.

Ron and his son, Tucker do lots of things together. Tucker loves to help his dad with whatever he is doing. It’s always nice to have a son who wants to learn from you, and that makes Ron’s relationship with Tucker very special. After their son Riley moved out, I think Ron and Tucker got even closer. Tucker missed his brother, but his dad is truly his hero. Ron is always there for Tucker. Today is Ron’s birthday. Happy birthday Ron!! Have a great day!! We love you!!