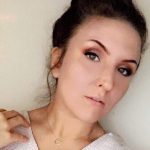 Following her graduation from the dental program in October, 2017, my grandniece, Christina Masterson took a job as a dental office administrator doing insurance billing for the office. She worked there until just recently, when she took a job at Gleneagle Dental in that same position, while continuing to work as office administration at the other office on a part time basis. I’m sure the people at Christina’s old office were thankful to have her there, even if it was only part time. When you have someone who knows their job and does it well, you hate to lose them, so keeping them, even if it is only part time is a definite plus.

Recently, Christina decided that the time had come for her to get a new to her car. She 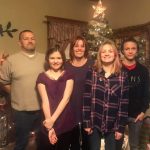 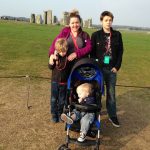 chose a 2013 Ford Focus hatchback. Buying a new car is always a cool thing, especially for a 23 year old to get a such nice car for themselves. It’s an accomplishment to be proud of.

It was also time for a change in roommates. Christina moved in with a girl who has a little boy. Christina loves kids, so it is a great arrangement. The fact that Christina has one whole floor to herself is a definite plus too. While she loves kids, there are just times when a girl needs her own space. 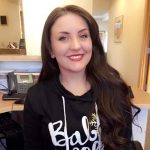 Christina has 6 half-siblings. She has 3 half-brothers, Bradon, Brycen, and Carter in Colorado, and 2 half-sisters, Raelynn and Anna; and a half-brother, Matthew here in Casper. She doesn’t get to see her half-siblings in Casper very often, due to the distance and the cost of traveling here, but this past summer, she was able to come for a visit. It was a joyous reunion for all of them, and while they wish she could come more often, they really had a great time while she was here. Her Dad and Step-mom, Rob and Dustie Masterson were so happy that she could make the trip, as they all miss her very much. Today is Christina’s 23rd birthday. Happy birthday Christina!! Have a great day!! We love you!!