Glad She Is Close 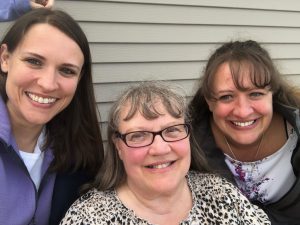 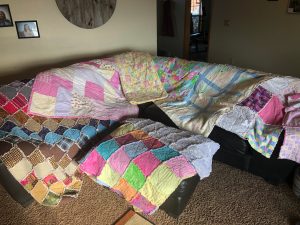 My sister-in-law, Debbie Cook, has become a quilting fanatic. I’ve never made a quilt myself, but I guess it is really quite addictive. Like her daughter, Susan Griffith, I can’t understand the draw, because sewing is simply not my thing, and Susan says she can’t even sew a straight line., so we are on the same page there. Debbie has always been crafty though. She makes dish clothes and cross stitch items to sell at the craft fair that most towns hold, especially around Christmastime. She loves going to craft fairs, looking forward to it all year, which she comes by naturally, given the fact that her mom, Joann Schulenberg and her sister, Brenda Schulenberg had booths at the craft fairs for years. Even her dad, Walt Schulenberg got involved after he retired.

Debbie is grandma to four grandchildren, Weston Moore, Jala Satterwhite, Easton Moore, and Kaytlyn Griffith. Over the years, she has picked all of them up after school, but these days it just her and Kaytlyn once a week. It nice for both of them, because it gives them a chance to hang out. They like to play board games. I don’t know who wins the most, but I expect that it gets competitive, because Kaytlyn is getting to that age, where she knows how all this works.

Debbie’s daughter, Machelle Moore told me of the time that her mom got her out of quite a jam. Machelle’s son, Easton had a hat, and he cut a hole in the middle of the front, so he could pull it over his face. Easton didn’t know the hat was made by Machelle’s mother-in-law, Easton’s other grandma, and they were quite upset that he had “ruined” the hat his grandma had so lovingly made. Debbie came to the rescue. She fixed it and that was quite the job!! Repair work is often much harder than making the original item. She did great though!! 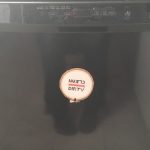 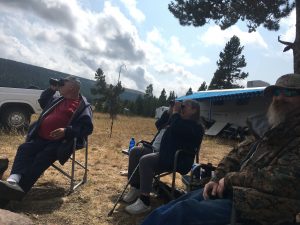 Machelle got a new dishwasher about a year ago and wanted to make a sign to put on the front of it to tell if the dishes were clean or dirty. Easton figured out that the front of it was magnetic. On the next family camping trip, Machelle told her mom that she needed a magnet cross-stitched sign that says clean on top, and when flipped, it says dirty. It sure comes in handy!! Both of the girls feel very blessed to have their mom so close by. Today is Debbie’s birthday. Happy birthday Debbie!! Have a great day!! We love you!!