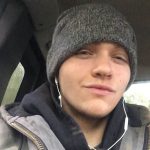 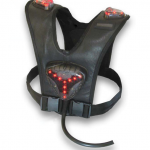 My grandson, Caalab Royce is an adventurous kind of guy. He is willing to try just about any new thing…provided it’s legal and not too dangerous, of course. Caalab likes most types of games, but these days, he is into Midnight Laser Tag. He has done paintball as well, but compared to paintball, laser tag doesn’t hurt because it uses no physical projectiles. If I were going to play that game, I think I would like laser tag much better. Laser Tag is one of those games that don’t require a special facility, but rather just the right equipment. Caalab and his friends play the game outside…usually at midnight, because that’s when they get off work. He has always been a night owl, so it’s the perfect time of day for him…just don’t try to wake him up very early the next morning.

Caalab has always been good at games, and at most sports. He has played softball off and on through the years, but this year, he is actually his team’s coach…and a player. Caalab has an unusual “style”in baseball, for lack of a better word. Caalab is right handed, but he bats left handed. He wasn’t really a good hitter, until his mom, my daughter, Amy Royce realized that he was awkward when he batted right handed. The improvement was instantaneous when he switched. I’m sure that he will be a great coach, although at the age these players are, I doubt he fill find anyone who would benefit from a batting hand change. That happens more when you are a kid. Nevertheless, I now that Caalab will have some great tips for his team members.

Caalab took up bowling with his family a couple of years ago, and has done quite well. Like softball, Caalab’s bowling is unusual, bit just like his dad, Travis Royce’s bowling. They don’t use the finger holes, but rather palm the ball. The result is a pretty serious curve. The thing about this type of curve is that most people can’t control it very well, but Caalab and Travis have both figured it out. This was Caalab’s second year of bowling, and he is doing very well. Early in the season…October 10th, to be exact, Caalab got his first 200 game. It was a 203. And he didn’t stop there, he got several more throughout the season. He is turning into quite the bowler. Maybe he takes after his grandparents, my husband, Bob and me. I know that he will have many more to come, because he is just pretty good at sports. 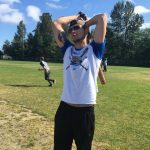 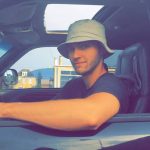 Today is Caalab’s 21st birthday. I can’t believe that he could already be 21 years old. I know that his parents are planning to take him out to the local casino to do a little gambling, and of course, for that traditional first legal drink. It is going to be a great time for sure, and I hope he really enjoys himself, and of course, “Win BIG, Caalab!! I hope you hit the jackpot. I’m glad you aren’t driving home, however!!” Happy birthday Caalab!! Have a great day!! We love you!!