She Has A Way 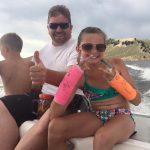 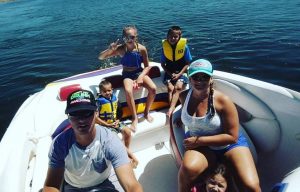 It’s really hard for me to believe that my grand niece, Jaydn Mortensen is twelve years old today, but she is, nevertheless. Jaydn has done a lot of living in her relatively few years. She is the only child of her parents, my niece Amanda Reed, and her significant other, Sean Mortensen, and they like giving their daughter a full life. She has never been made to feel like she is too little to be around the adults, and so, she has been four wheeling, boating, and snowmobiling with her parents and their friends. 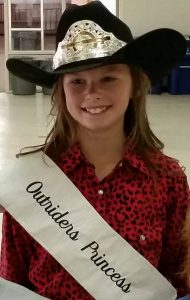 Jaydn’s family loves all kinds of outdoor sports, and so it stands to reason that Jaydn does too. I think her extensive time at Seminole Reservoir has probably turned her into a fish…so to speak. He parents spend every possible weekend at the lake, and that means lots of activities.

Sports aside though, I think that Jaydn’s true love…for now anyway…is horses. She has such a way with them. She loves to ride them and take care of them, and she isn’t afraid of them, even though last summer started off badly, when she was bucked off of a horse, breaking both of her arms. What a way to start the summer vacation. That didn’t deter her at all. Jaydn is very much into all things animal, and especially if it relates to the fair and rodeo. She has started showing horses, and is really quite good at it, to which her ribbons will attest. In her first horse showing, she took 4 Grand Champion, and 1 Reserve Champion in horse. She was also voted Outriders Princess last year, which is the best of the best…but then we knew that.

Every year, Jaydn gets better and better at the things she loves to do. I don’t know 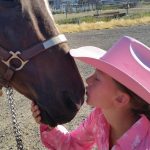 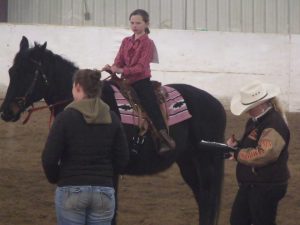 what her future goals and dreams are, and maybe she doesn’t know either, but I think she would be a great veterinarian or some other such occupation involving animals, because she simply has a way with them. She doesn’t just love horses, although, they are her true love, but she likes goats and rabbits and other animals too. I think she just has a heart for animals in general, and it’s obvious from what I’ve seen, that they love her too. Today is Jaydn’s 12th birthday. Happy birthday Jaydn!! Have a great day!! We love you!!