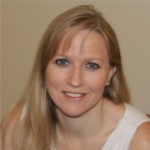 One of the hardest things a parent has to face, is having their child move away. Whether it is to college or a permanent move, it is a tearing time for the parents, who had hoped this day would never come. Parents don’t have children so they can move away, but nevertheless, that is what happens sometimes. Whether it is a job transfer, college, or a move of choice, it is really hard on both parents and children. Since I have never moved away as a child, I can’t speak to the feelings of homesickness that come from living so far from the only home I have ever known. I suppose it could be much the same as the parents are feeling about their child leaving. You want them to be happy, and yet you had always hoped that their happiness would be found in the same city that you live in, and not in a city that is 1200 miles away from you. That is just so far away, that it seems unbearable.

As the parent, in this situation, I think it might be just a bit unique. For the last six and a half years, I have had the great pleasure of working side by side with my daughter, Amy Royce. Friday was her last day, since she is moving to Washington state today. I think the hardest part of her leaving work for good, is seeing her empty chair. Her office is out front, and will continue to be used to do things like make payments and such, until we hire someone to take her place, but it’s really hard for me to go in there, because when I do, I am once again faced with that empty chair…not to mention the task of telling every client that Amy no longer works there. It almost feels like rubbing it in.

It has also been our tradition to go to breakfast with Amy every other week on Saturday, trading off with going to breakfast with our older daughter, Corrie Petersen. As we were having a special breakfast Sunday morning, which included both of them, so that we could all enjoy one more time together, it occurred to me that in the future, we would again be looking at an empty chair…the one Amy used to occupy every other week at breakfast. It is just another reminder of the drastic change that has taken place in our family.

Then, came church. I am used to having Amy sitting on my right and Corrie on my left, but Sunday morning brought yet another empty chair, as Amy and her family spent the morning packing the moving truck they have rented. Amy also sang with me as part of the backup singers for the music ministry, and that felt a little bit lonely too…even though I didn’t stand right next to her. I still knew that she was there, and now I know that she isn’t there anymore. 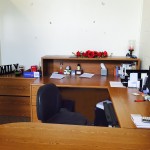 I know that I will get used to having my daughter and her family living so far away. It will just take time. I know it will be hard for them too, but I think they will have a bit of an advantage over me, and those of us left behind, including their daughter, Shai, who decided to stay in Casper, because they will not be picturing us in places around their world. It will not be normal to have us there at their work, at the restaurants they go too, or the church they attend. They will have a normal that doesn’t include us. We will have to create a new normal that does not include them. Yes, I will get used to having them gone too. I just think it would be easier for me, were it not for that empty chair.

2 Responses to That Empty Chair