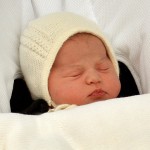 Something very new has happened to the royal family of England. As you all know by now, Prince William and his wife Catherine “Kate” now have a second baby…a girl named Charlotte Elizabeth Diana. In times prior, this child would have been passed over for succession to the throne, but this is a new time, and she is currently fourth in line to the throne. It used to be that if William and Kate were to have a third child, and it was a boy, he would pass up his sister in the line to the throne. That kind of left the girls as a showpiece really, so I think it is a great move to abolish that old tradition. And when we look at the years that Queen Elizabeth has ruled in the United Kingdom, I would have to say that she has done a pretty good job.

I am so excited that William and Kate had a baby girl this time, because they have been able to add a tribute to William’s mother, my 18th cousin, Princess Diana. I wish they had named this baby Diana for her first name, but I can certainly understand the reasons not to. As one person commented, this baby should have her own identity. Nevertheless, I think it is important that she have a tie to the grandmother she will never get to know…at least not in this life. I also think it would be wonderful if this baby bore a slight resemblance to Diana, who was quite beautiful.

Princess Charlotte Elizabeth Diana Windsor was born on May 2, 2015 at 8:34am, weighing 8 pounds 3 ounces, which was just 3 ounces less than her brother, Prince George when he arrived on July 22, 2013. Her name has several possibilities as to where it came from. Of course, the previous Princess Charlotte of Wales, was beloved by the people, but she died in childbirth in 1817 at the age of 21. Charlotte is the feminine form of Charles, and I suppose she could be named after Prince Charles. The name means petite. Charlotte is also Kate’s sister, Pippa’s middle name, so it is quite possible the name came from there, as the girls are very close. Of course, I’m sure that Elizabeth is after both Queen Elizabeth, and Kate herself, as her name is Catherine Elizabeth, and as we all know, Diana is after her grandmother, Princess Diana. 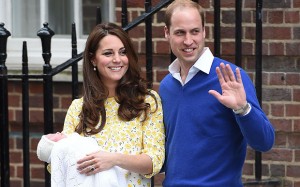 I’m sure this baby will feel a responsibility to be as loving as her grandmother was, and I think that is a good thing. Diana was the “People’s Princess” and I’m sure her granddaughter will be just as beloved as Diana was. While it will be a while before we see many more pictures, I look forward to watching this, my 18th cousin twice removed, grow into the beautiful princess that I’m sure she will become. Her parents have done a wonderful job raising her brother, Prince George, and I know they will do the same with her. I look forward to having the princess dazzle us in the very near future. Congratulations Will and Kate on your beautiful baby girl!!