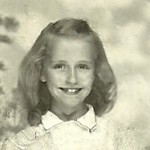 2 Responses to I Hate My Name