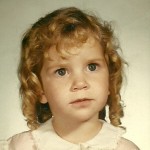 Sometimes you look at a picture and it hits you. This is a face you have seen somewhere else. Sometimes it is hard to figure out just who this person reminds you of, but sometimes it is so clear that it is shocking. As I was looking through some old pictures last night, I came upon this one of my sister Allyn. It was so surprising to me. I had never seen the resemblance before, but my sister’s grandson Ethan looks so much like his grandma that it was uncanny.

I knew that Ethan looks like his daddy, my nephew Ryan, and I knew that Ryan took after our side of the family more than his dad’s side, but seeing that picture of Allyn that is so amazingly like Ethan somehow surprised me. Maybe other people in the family had seen the similarities too, but now one had mentioned it as far as I know. So maybe I wasn’t the only one who had somehow missed it. Whatever the case may be, here I was staring at the the picture of my sister that was so clearly also the face of her grandson.

In researching the family history, I have looked at many pictures old and new, and no 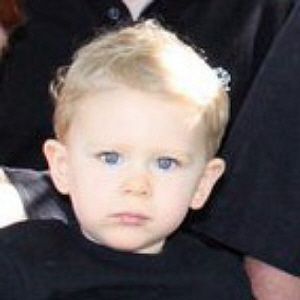 matter how often I find a face that belongs to more than one person, I always find my self…stunned. I don’t know why really, but I guess somehow I just don’t think people can often be reproduced so exactly…but I seem to be wrong on that, because clearly, that is exactly what I was looking at…again.

I don’t think I will be able to look at Allyn, Ryan, or Ethan again without looking for similarities. I know that they all look very much alike now, and the only reason it isn’t easy to see, is the differences in their ages. But with the benefit if pictures from different ages on each person, you can clearly see just how much they look alike.