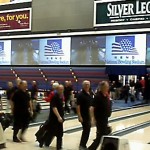 One Response to National Bowling Tournament