Wyoming In The Rearview Mirror 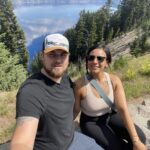 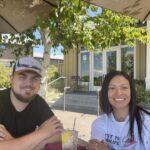 On November 12th, 2022, my nephew, Allen Beach and his wife, Gaby “left Wyoming in the rearview mirror” on their way to Eugene, Oregon. We were all sorry to see them go. They had been here for over two years, and it was really the first time they had been so near to this side of the family…since Allen was in middle school. So much has changed in the years since Allen was a kid. He graduated from high school and joined the Navy. His tour of duty would take him to Japan, where he met his beautiful wife, while both were corpsmen stationed there. They are so well suited for each other. They are both athletic people who love hiking and traveling. Which might also be part of the draw toward Oregon. Lots of beautiful places to hike…not to mention that Gaby is originally from Oregon, and they both knew deep down that they would most likely end up there. 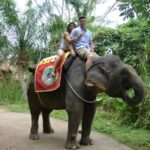 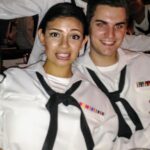 Their college behind them, Gaby is a nurse, and Allen has a degree in Hospital Administration. Allen was hired by Wyoming Medical Center as the department manager over the Referral and Communications Departments. Later, he also became department manager over the EMS Department, but once again, things changed, and the hospital changed hands. Allen’s job was eliminated, so he and Gaby opted for the move to Oregon. Gaby found a job as a nurse for the Veterans Administration, and she likes it very much. Allen is looking at several options there, and while he is weighing the options, he is working on getting them settled in. For now, they have decided to lease an apartment. That will give them time to become acquainted with their new city and to decide in which part of town they would like to live. 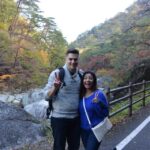 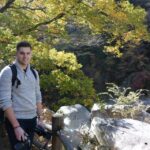 Moving to Oregon is a new adventure for them, but not their first move. Their naval careers and college days have taken them to many different locations, including the time in Japan and also time at Walter Reed National Military Medical Center in Bethesda, Maryland. They also took a trip to Bali, which was where Allen proposed to Gaby. I’m sure they will take lots of trips in the future, even if they don’t move again. Today is Allen’s birthday. Happy birthday Allen!! Have a great day!! We love you!!