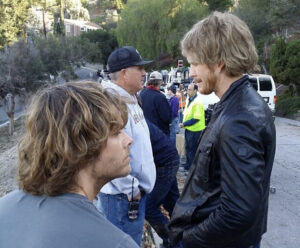 We have all heard of stunt doubles. They are the people who make the shows we watch seem fearless as they perform their daring feats and even some that aren’t really so daring, but they just don’t want their actors scratched. Somehow these people, at least at a distance look just like the actor they are supposed to be. Sometimes they are very close, as in the case of brothers, David Paul Olsen, who is the stunt double for his brother, Eric Christian Olsen on NCIS Los Angeles. They aren’t twins, but the brothers loo enough alike to pull it off during filming.

While this is common, there is another type of “double” that is just as often used and is much less known. Government officials such as presidents, kings, and even congress or parliament members have been known to use doubles so that they can travel safely without worrying about being assassinated. Strangely, these doubles are very often denied. We are told that we are imagining things, but when we take a moment to look closely, the differences are obvious. This has gone on throughout history, although probably not as easily as the more recent history. 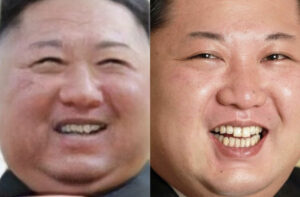 Sometimes the double goes to extremes, such as plastic surgery, but my guess is that with the more recent ability to make life-like masks, the need for such extreme measures has lessened. Still, anyone who is awake knows that doubles are and likely will always be used to protect or hide that elites who feel the need to move in relative anonymity. The possibilities are endless really. Having a double could mask a death of a high ranking official, such as, it has been believed, Kim Jong-Un, who has been seen looking heavy and then a short time later, thinner, when it would be impossible for him to have lost the weight so quickly. They can deny it all they want to, but when you look at things that are harder to change, like ear lobes, chins, and even teeth that seem to go back and forth from chipped to not chipped. No body double or stunt double is going to be a perfect match, even with plastic surgery. Facial shape and bone structure are going to have slight differences…even in 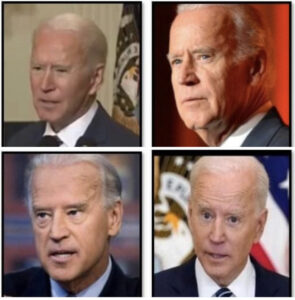 identical twins…which could be the easiest body double to use, if the twin is not the “important” person his or her sibling is. How awesome would that be to face up to? “Yes, I’m my brother’s body double, because I am expendable.” Right!! How wonderful would that feel for the non-important twin?

We can argue that some of our prominent politicians these days have body doubles, or we can “stick our heads in the sand” and believe that they don’t, but the reality is that if you look closely, you will see that they very likely do have a double. With the internet, and the multitude of pictures taken of a politician every day, it becomes more and more difficult to deny what is right there in front of our eyes. It up to us to decide to believe what we are told or search out the truth.

One Response to Doubles