A Great Day For A Wedding 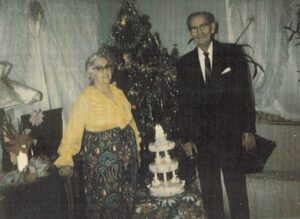 Christmas Eve…the half day beginning of the Christmas holiday. I say, half day, because many businesses are open half of the day, letting their employees off early to spend time with their families. For some families the opening of gifts is even done on Christmas Eve, while others are preparing for the festivities that will be taking place the next day. For my grandparents, as well as many other people across the world and even in my own family, Christmas Eve seems like the perfect day to be married. In my grandparents’ day, that was often how it happened, because family was gathered and gathering wasn’t always easy, so I suppose it was like “killing two birds, with one stone” for lack of a better analogy.

For my grandparents, George and Hattie Byer, it made the season that much more special. We all knew when they got married. From their kids on down to the great great grandkids, we knew, because it was a story that was passed down to every generation and an event that was celebrated every Christmas eve. It was something that made Christmas extra special. Just knowing that the whole family got started on Christmas eve was so very cool, and I think that for many years, we thought we were the only family to have such a special Christmas eve. We weren’t, of course, and in fact, every year other people get married on Christmas eve. Many people think it’s a great day for a wedding, and for those forgetful husbands, a difficult date to forget. 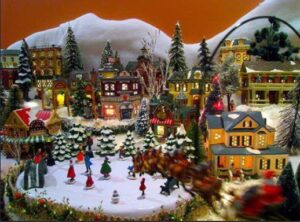 For the rest of the world, Christmas eve is a day to prepare for the morning, attend Christmas eve services, and set out the cookies and milk. Then it’s a matter of trying to get the excited children to go to bed, because they will want to be up by 6:00am…if not earlier!! Before we know it, Christmas will be over, except for the opportunity to reflect on the real reason for the season…our Lord and Savior…Jesus Christ!! Merry Christmas Eve, and happy anniversary in Heaven to my grandparents. Have a wonderful day all!!