When the Nazis were trying to take over the world, one tool they felt was vital to their effort was the radio, or rather the control over the radio. If the Nazis could control the news people heard, they believed they could stop any resistance from the people, especially good people who didn’t want to be involved in the evil that Hitler was trying to carry out. The only way to control the situation was with the Nazi propaganda over controlled airwaves. The propaganda effort was a relatively new technology that the Nazis very likely pioneered.

When the Germans first started their propaganda broadcasts, they were in both German and English. It was thought, by German propaganda minister, Joseph Goebbels, that since the United States had not entered the war, maybe they were still able to be turned toward German thinking. Within a few months of the breakout of World War II, German propagandists were transmitting no less than eleven hours of programming a day. In the first year of Nazi propaganda programming, broadcasters attempted to destroy pro-British feeling rather than arouse pro-German sentiment. I would assume that they were attempting to look like the innocent victim, and not the evil aggressor. These propagandists targeted certain groups, including capitalists, Jews, and selected newspapers/politicians. Doesn’t this sound like the media of today? By the summer of 1940, the Nazis, realizing that the United States would never be on their side, had abandoned all attempts to win American sympathy. The tone of German radio broadcasts quickly became critical towards the United States.

Goebbels, claimed the radio was the “eighth great power” and he, along with the Nazi party, recognized the power of the radio in the propaganda machine of Nazi Germany. Goebbels, recognizing the importance of radio in disseminating the Nazi message, quickly approved a mandate whereby millions of cheap radio sets were subsidized by the government and distributed to the German citizens. It reminds me of the “free cellphone” 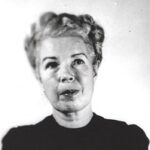 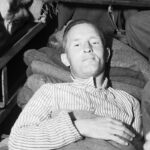 program of Barack Obama. It was Goebbels’ job to propagate the anti-Bolshevik statements of Hitler and aim them directly at neighboring countries with German-speaking minorities. In Goebbels’ “Radio as the Eighth Great Power” speech, he proclaimed, “It would not have been possible for us to take power or to use it in the ways we have without the radio…It is no exaggeration to say that the German revolution, at least in the form it took, would have been impossible without the airplane and the radio…[Radio] reached the entire nation, regardless of class, standing, or religion. That was primarily the result of the tight centralization, the strong reporting, and the up-to-date nature of the German radio.”

The Nazi regime began to use the radio to deliver its message to both occupied territories and enemy states, as well as domestic broadcasts. One of the main targets was the United Kingdom to which William Joyce broadcast regularly, gaining him the nickname “Lord Haw-Haw” in the process. Broadcasts were also made to the United States, notably through Robert Henry Best and Mildred ‘Axis Sally’ Gillars. As a normal practice of the Propaganda Minister’s office, the radio, just like the newspapers fell under strict German supervision during the occupation. In January 1941, Dutch stations were replaced by a single state-run broadcaster overseen by the NSB (Dutch Nazi Party). This station primarily transmitted pro-German programs.

The Dutch were not easily fooled, however. So, for news from the Allied camp the Dutch secretly listened to the BBC and Radio Oranje, the Dutch government’s radio station in exile, transmitting from London. One might wonder how that was possible, given the controls in place at the time, but people hardly paid attention to the 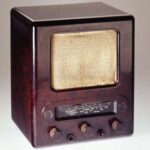 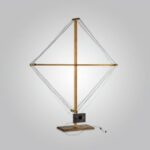 listening ban imposed by the Germans. The occupying German forces tried to jam the reception of Radio Free Orange and the BBC, but with a handy device, easily made at home, the Dutch people were able to listen to broadcasts from London very little interference. It was therefore referred to as a moffenzeef (‘Kraut filter’) or ‘German filter’ because it sifted out jamming signals. The device was of monumental significance, because it kept the people from being effectively brainwashed by rogue media forms that were controlled by an evil government. The Kraut Filter might just have been the single greatest “non-weapon” of the war.