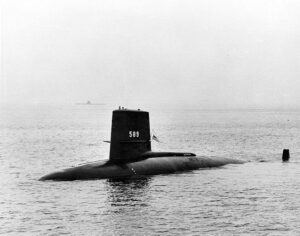 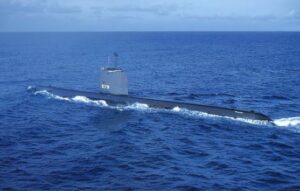 USS Scorpion (SSN-589) was a Skipjack-class nuclear-powered submarine that served in the United States Navy, and the sixth vessel, and second submarine, of the US Navy to carry that name. It was also the fourth nuclear powered submarine to mysteriously go missing in 1968. Scorpion was lost with all its crew, on May 22, 1968. Scorpion is one of two nuclear submarines the US Navy has lost, the other being USS Thresher. The other nuclear-powered submarines to go missing in 1968 at the height of the Cold War were Israeli submarine INS Dakar, the French submarine Minerve, and the Soviet submarine K-129. At the time Scorpion went missing when she was sent to surveil the Soviet submarine K-129, which had apparently already gone missing earlier in the year. The wreckage of USS Scorpion is still at the bottom of the North Atlantic Ocean…with all its armaments and nuclear engine.

The Cold War is a term commonly used to refer to a period of geopolitical tension between the United States and the Soviet Union and their respective allies, the Western Bloc and the Eastern Bloc. The first phase of the Cold War began shortly after the end of World War II in 1945. The United States and its allies created the NATO military alliance in 1949 in the apprehension of a Soviet attack and termed their global policy against Soviet influence containment.

Following World War II, tensions were running high between world powers. It is thought that if there was ever a time when a real possibility of a nuclear attack existed, it was during the Cold War. This meant that countries were frantically looking for any advantage they could use to take over their competitors. One way to watch the other countries was to Surveil beneath the waves where they could be more hidden. This surveillance included the use of submarine crews. That, of course, explains the reason for mysterious disappearance of four subs from four different countries virtually at the same time.

The first disappearance was the INS Dakar from Israel, which went down just east of Crete on January 25, 1968. Dakar’s wreckage was found in 1991, but no official cause for the sinking was determined. Next, The French sub Minerve disappeared about an hour outside of Toulon on January 27, 1968. That wreckage was found in 2019, and it showed the hull had separated into three sections. When the French government made the decision to leave the wreck, any chance of answers was eliminated. The Soviet K-129 disappeared earlier in the year, so maybe USS Scorpion was looking for it. Nevertheless, on May 22, 1968, the disappearance conspiracy of 1968 was brought to a close, when USS Scorpion. The submarine would not be fount until October of 1968. The Navy looked into the disaster, but in the end the official court of inquiry said the cause of the loss could not be determined with certainty. Still, there are several theories on what might have happened. One centered around a malfunction of a torpedo. Others suspected poor maintenance may have been the culprit, citing the rushed overhaul.

That was the last report anyone heard about the submarine. After decades of research and investigation, the US Navy has never changed its report that a catastrophic event caused the sinking. Nevertheless, there are those who believe the Scorpion was taken out by the Soviets in retaliation for perceived attack on the K-129 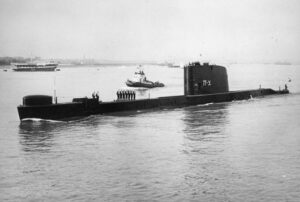 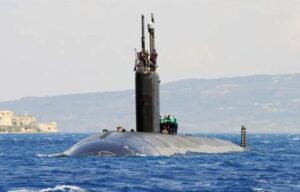 submarine earlier in the year. Neither country will admit or deny any direct action relating to the submarine sabotage, but something happened during the first half of 1968. Four nuclear-powered submarines, from four different countries just don’t start sinking for no reason, and yet, no reason was ever determined. They just sunk.