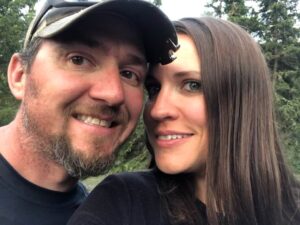 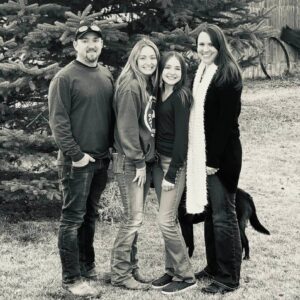 My niece, Susan Griffith has been having an interesting year. She has one daughter, Jala Satterwhite, who has moved out and is living on her own now. Jala also took her first cross country flight alone. Susan was a bit of a basket case over that one…which she may or may not have wanted Jala to know, so don’t read that part, Jala. Susan has been teaching her other daughter, Kaytlyn Griffith to drive, so she could get her hardship license, which she recently received. Susan and her husband, Josh Griffith purchased a placed in the country, and with Jala no longer in the home, Kaytlyn qualifies for the hardship license. It’s a little easier to take these new steps in the lives of your kids, when they are closer to home, so at least for now, Susan is ok with Kaytlyn’s new-found freedom. 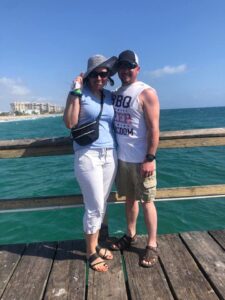 Susan has always been such an optimistic person, and she always tells Jala that every year, life just gets better and better. That is a wonderful attitude to have. It pretty much guarantees happiness. Susan says that she is the happiest she has ever been with her life, and that the 40s have been the best ever. While that is very true, the 40s can also bring about change…like empty nest syndrome. While Susan isn’t there yet, she only has one of her children still at home. She does miss her older daughter though, and nothing proves that more than the “renaming” of the dog. Susan used to call Jala, “Jala Elizabeth” and now the dog is “Olive Elizabeth” as opposed to just Olive. I think she misses her girl some. Nevertheless, Jala isn’t too far away. She just moved to town. Still, you don’t see as much of your kids when they move out, so it’s a little hard.

Life is all about change. It’s just something each of us has to deal with. Much of that change is wonderful, some is sad, and some of it is just new. Susan has a great perspective concerning change. With that, she will do well

in life. Susan will always have her beautiful place in the country, camping with her husband, and her great outlook on life, and those things will take her wherever she wants to go. She and Josh like to travel, and they have taken the family to some great places, and I’m sure there will be more in the future, and later, some trips for just the two of them…like maybe a second honeymoon. Today is Susan’s birthday. Happy birthday Susan!! Have a great day!! We love you!!