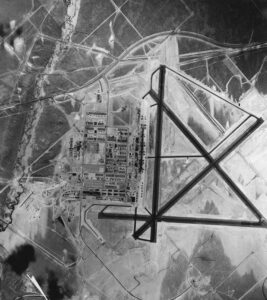 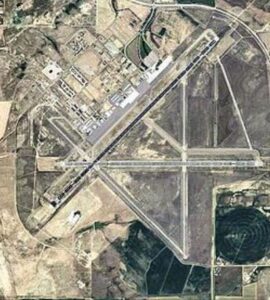 It’s hard to believe that the war my dad fought in was going on over 80 years ago. It’s also hard to believe that 80 years ago today, what is now known as Casper-Natrona County International Airport, was then known as the Casper Army Air Base. In fact, today, September 1, 1942, was the day that the “new” Army Air Base opened. The base was a training base, because as you will recall, World War II was not fought on American soil, although there was one balloon bombing incident that did reach American soil.

Over the years that the Casper Army Air Base was in use, over 16,000 bomber crew members were trained there. The Casper Army Air Base was one of many Army Air Force bases built during World War II. Training began a few months after the base opened. As a training hub, the base at one time had nearly 5,000 people living and working out of about 400 buildings. Many of the buildings from the old base stand today.

During the three years that the Casper Army Air Base was active, 140 Casper Army Air Base aviators died in 90 plane crashes. Of course, not all of the crashes were at the base. Most of the crashes were in Wyoming, but many occurred out of state when the fliers were on longer training flights. New crews arrived at Casper typically by train. Each crew consisted of two pilots, a navigator, a bombardier, a radioman, flight engineer, and four gunners. They immediately began a strict regimen of training. Pilot training was rigorous. The crews endured countless hours of advanced instruction in navigation, gunnery, bombing, armaments, flight engineering, and flying. They were also trained in aerial gunnery, air-to-ground gunnery, formation flying, night navigation, and of course, bombing. Joye Kading (longtime Casper Army Air Base secretary) remembered that Major General Hap Arnold once visited the base. She said, “He was so thrilled with this base and how it was operated and how careful it was, and how congenial all the people were that were working with one another.” That is truly how most people in Casper are, even today. Of course, you always find a few who don’t fit that description, but they are the rarity, and not the norm. 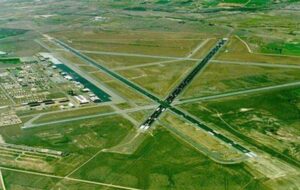 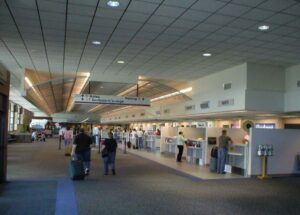 control in the late 1940s, and in 1949 it became Natrona County Municipal Airport. At that time, it replaced the former Casper Airport…Wardwell Field, whose runways are now streets in the town of Bar Nunn. On December 19, 2007, the name was changed to Casper-Natrona County International Airport. These days, approximately 35,000 flights go in and out of the airport every year.