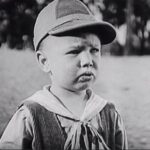 Most people today wouldn’t remember a 1920s show called “Our Gang” unless they happen to be an old black and white movie buff. The show was about a “gang” of young kids, and all the mischief they got into. Of course, they weren’t bad kids, just adventurous kids. One of those kids was Robert E “Bobby” Hutchins, who was born on March 29, 1925, to James and Olga (Constance) Hutchins in Tacoma, Washington. His father was a native of Kentucky and his mother a native of Washington. Young Hutchins was a popular child actor who played “Wheezer” in the “Our Gang” movies. His short movie career began in 1927, when he was just 2 years old. He was only eight 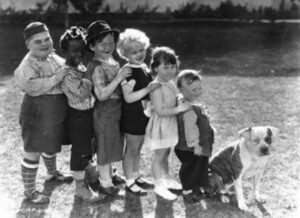 when he left the series in 1933. Hutchins was given the nickname of “Wheezer” after running around the studios on his first day so much that he began to wheeze. The nickname fit him so well that it was incorporated into the show. Wheezer appeared in 58 “Our Gang” films during his six years in the series. For much of his run, “Wheezer” was portrayed as the tag-along little brother, put off by the older children but always eager to be part of the action.

As would always be the case with a show like “Our Gang,” Hutchins eventually outgrew the series, so he and his family moved back to Tacoma, where he 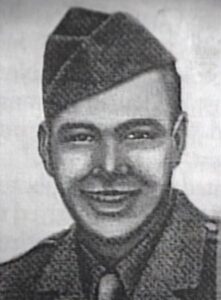 entered public school. After he graduated from high school, he joined the US Army Air Forces in 1943, enrolling in the Aviation Cadet Program with the goal of becoming a pilot. Hutchins was killed in a mid-air collision on May 17, 1945, while trying to land a North American AT-6D-NT Texan, serial number 42-86536, of the 3026th Base Unit, during a training exercise. Hutchins’ plane struck an AT-6C-15-NT Texan, 42-49068, of the same unit at Merced Army Air Field in Merced, California…later known as Castle Air Force Base. The other pilot, Edward F Hamel, survived the crash. Hutchins’ mother, Olga Hutchins, had been scheduled to travel to the airfield for his graduation from flying school, which would have occurred the week after he died. He is buried in the Parkland Lutheran Cemetery in Tacoma, Washington. When you see him acting the “Our Gang” movies, it’s really sad to think that his life would be cut short at the age of just 20 years. Nevertheless, he was doing what he really wanted to do, and serving his country in the process.