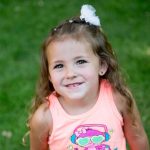 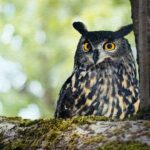 Ever since my grandniece, Aleesia Spethman was little, she has loved owls…all kinds of owls. I don’t know if she still does or not, but her interest in owls sparked an interest in owls for me. It was almost surprising to think of a little girl loving owls, but Aleesia did. She loved all kinds of owls. Suddenly, I wanted to know more about owls too. I find that I really like owls too…all kinds of owls. They are just so different. Normally, owls are nocturnal birds, and so spotting them isn’t so easy. I’m always amazed that photographers manage to get pictures of them, but then I’m sure it’s only after hours of sitting and waiting.

One of my favorite owl pictures is of an owl that had its head sideways, looking at the photographer like it was wondering what they were doing. I found that to be even funnier when my grandniece, Mackenzie Moore did that exact same thing when she was little. The fact that I found that picture, really piqued my interest in the burrowing owls, and the things I have found out about them has really made them my favorite owl, I think. 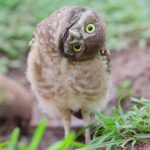 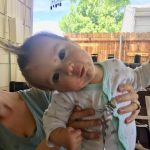 The burrowing owl (Athene cunicularia), is a small, long-legged owl, which is also called the Shoco. It is mostly found in the open landscape areas of North and South America. Burrowing owls prefer grasslands, rangelands, agricultural areas, and deserts. They actually nest and roost in burrows, often using those that have been excavated by prairie dogs. While Burrowing Owls don’t like the midday heat, they are often found out during the day, unlike their fellow owls of the nocturnal type. Still, they do most of their hunting at dusk and dawn, like many other kinds of owls, when they can use their night vision and hearing to their advantage. On strange thing about the Burrowing Owl is its longer legs. These allow the Burrowing Owl to sprint, as well as fly, when hunting, something that is a great advantage, since it lives in open grasslands as opposed to forests.

I particularly like some of the antics of the burrowing owls. In addition to the funny head positioning, they like

to stand on one leg, stretch to their full height, and even kiss and hold hands…er feet. They are so cute, and they seem like such a loving owl, at least toward their mate. I don’t suppose their prey would see them that way, but when they aren’t hunting, they really are just as cute as they can possibly be…and funny too.