Living In A Tobacco Warehouse 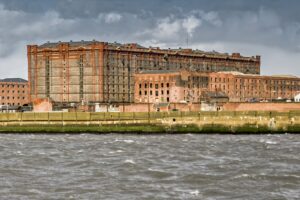 Since tobacco has been proven to cause cancer, its use has declined to a degree, leaving growers, producers, and warehouses in the wake. One such warehouse is The Tobacco Warehouse in Liverpool, England. With the decline of tobacco use, the warehouse became a ghost. Of course, it was a warehouse, and could have continued to be useful, but somehow, no one wanted to use it, and it slowly fell into disrepair. The logical solution would have been to tear it down, but since the site is considered a key landmark and World Heritage Site, it can’t be torn down. So, what now?

The Tobacco Warehouse was built in 1901, and the dream was to build the biggest warehouse the world had ever seen. It was to be a building fit for a 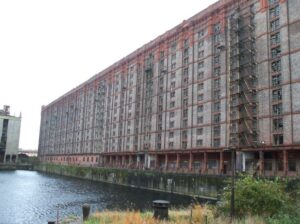 thriving city at the heart of global trade…Liverpool, England. They thought this was going to be a thriving business that would last a lifetime, but they didn’t plan on the fallout from the discovery that tobacco was linked to cancer. Suddenly everyone was quitting, or at least encouraged to do so, and the warehouse was used less and less…and finally not at all.

Operations at The Tobacco Warehouse stopped in the last portion of the 20th century, and its decline began then. So many old buildings, when they are no longer taken care of, begin to simply fall apart and become a danger to anyone who gets near them. The thing about The Tobacco Warehouse, was 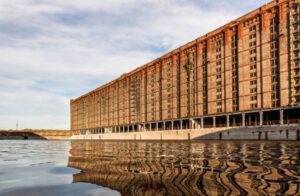 that it wasn’t an ugly building, and it had some amazing views. It was right by the water. In fact, because it was a harbor warehouse, it had the uniqueness of the docks and the view over the water. The whole thing together seemed perfect to create an apartment complex. Of course, it would be something geared toward the young people, artists, and writers, but of course, anyone could rent there as well. They are actually called “hipster lofts.” So, the Tobacco Warehouse in Liverpool’s Stanley Dock could become the city’s newest residential hotspot, and all worthy of a Beatle! Most people wouldn’t really consider living in a warehouse, but the industrial look is very popular now, so this is a good fit.