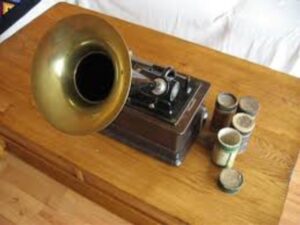 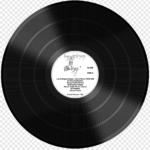 Over the years, the distribution of music has taken many forms, and these days most kids would have no idea how to use the vast majority of them. From sheet music that must be played to hear it, to digital music that can be taken with us wherever we go, music is an important part of our lives. Before 1877, sheet music was all there was. If people couldn’t play an instrument or read music, the had to hope they could learn a song by hearing it and learning to replicate it with their own voice. Sometimes that works, and sometimes it doesn’t.

In 1877, an inventor by the name of Thomas Edison came up with a way of recording and playing back audio. The sound quality has changed as much over the years as the vehicle of distribution. The first vehicle for music distribution was a wax cylinder, but that was later changed to a seven-inch disc made from a kind of polyurethane compound by the 1920s. Polyurethane is a type of plastic.

The polyurethane discs worked quite well, but as with most things…improvements can always be made. These new discs brought music to the masses, with record sales reaching around one hundred million in 1927. Then in 1948, the discs became obsolete when the first vinyl records were introduced. There were two versions of the vinyl records, made by two different companies. RCA Company came up with the 45 RPM records, because they thought that the records should hold only one song, while Columbia wanted to be able to have multiple songs in one place, so they came up with the LP 33? RPM which was introduced on June 18, 1948. The vinyl 33? RPM LPs and the cheaper 45 RPM singles remained the dominant format throughout the 1950s.

Like all other forms of technology, vinyl eventually became obsolete when the compact audio cassette came out in 1963. The audiocassette dominated other formats, such as the 8-Track Tape, after the advent of the Sony Walkman in the late 1970s. The Walkman made music portable and within five years, cassette tapes were outselling records. Then, almost like history repeating itself, discs came back into being…this time in the form 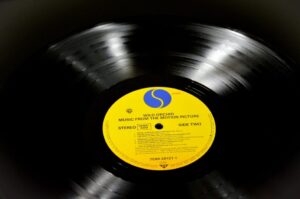 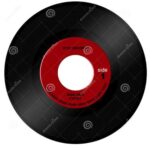 of the compact disc (CD). The CD could hold around 80 minutes of music, and after its release in 1982, it quickly became the best way to storing music. By 2007, over two hundred billion CDs had been bought and sold worldwide. Of course, we all know that while you can still buy CDs, they too have been replaced…this time by digital music. Now, I know that I may be the exception in my age group, but I like the digital music, as well as the digital books, and even audio books. It is so much more convenient and takes up much less space.