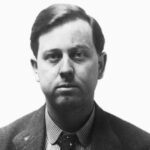 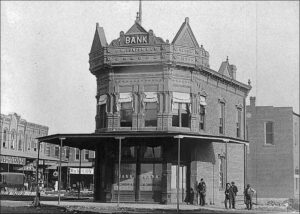 While on a trip to Tulsa, Oklahoma with my sisters, Caryl Reed and Alena Stevens, we happened to drive through the little town of Coffeyville, Kansas. We noticed a sign that said Dalton Graves. I immediate thought of the Dalton Gang and looked it up on my phone. Sure enough, Coffeyville is the site of a number of graves of the Dalton Gang. I find it strange that the gang would choose Coffeyville as the town to rob two banks at the same time, because it was in Coffeyville, that their brother Frank was buried. Frank had been a Deputy US Marshall based out of Fort Smith, Arkansas. On November 27, 1887, while involved in a gunfight with an outlaw gang near the Arkansas River, Frank Dalton was shot and killed by the outlaw, Will Towerly. It’s just odd that they would disrespect Frank’s memory in that way.

Nevertheless, it was in Coffeyville, Kansas that the Dalton Gang would make what was for all of them, except Emmett Dalton, a fatal decision. The men rode into town in the early morning hours of October 5, 1892. Their plan was to tie their horses to the hitching posts in front of the bank, however, the town had wisely removed them, meaning that one member would have to hold the horses, or they would have to tie the horses to a hitching post in another part of town. Choosing the latter, the gang tied their horses in what became known as “Death Alley” and headed for the banks.

Unfortunately for the gang, one of the townspeople recognized one of the gang members as he made his way to the bank. Immediately reporting this to the local law and the rest of the town, the people were ready for the gang when they emerged from the banks. A running gun battle ensued, and in the process, four members of the Dalton gang lost their lives. Killed were Bob Dalton, Grat Dalton, Bill Power, and Dick Broadwell. Emmett Dalton, the only surviving member of the gang was severely wounded and was not expected to live. Nevertheless, he recovered and served 14 years in jail before being pardoned.

Bob Dalton, Grat Dalton, and Bill Powers were buried in the same plot, in the Elmwood Cemetery, and for years the only marker for their grave was the metal hitching post to which they tied their horses on that fateful day. When Emmett Dalton was released, he purchased a grave marker for the three men, but the hitching post remains to this day. Also buried in Elmwood Cemetery are the four town defenders who lost their lives in that gunfight. Those lost were Lucius Baldwin, Charles Brown, Marshal CT Connelly, and George Cubine. Needless to

say, their graves received respectful stones from the very beginning, in order to rightly honor these brave men. Emmett Dalton moved to Southern California in 1907. He married Julia Johnson the following year, who survived him. During his California years, he capitalized on his notoriety…writing two books and doing some acting in Hollywood. Later, he sold real estate, as Southern California was developing rapidly with migrants from across the country. He died in 1937 at the age of sixty-six.