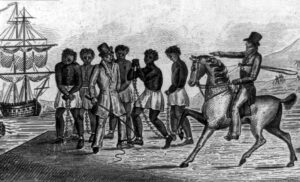 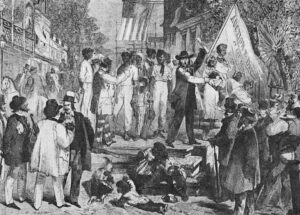 The years of slavery were awful for the African people who were sold into slavery by their own families or their countrymen. They were often stolen in the middle of the night, never to be in their homes again. Some of these slaves were young…some were even children. The terror must have been horrific. Nevertheless, it was what it was. Their life as they knew it was over. The journey to their new “home” was a hard one, and many people didn’t make it. That didn’t matter either, except in the revenue lost…they cared about that.

When the slaves arrived in the colonies, they didn’t have last names, or if they did, no one could really understand the last names. That didn’t matter to the slave sellers or the new master, because once sold, the slaves were given the last name of their masters, if they were given one at all. They were non-people. One must also understand that not all slaves were African. Many slaves came from Ireland too, but
I suppose it was easier to get away from their masters, because they were white too…not that they escaped, because where would they go. They were far away from their home too.

In those days, in Colonial America, slaves could win their freedom through lawsuits. I’m not sure what made them think they had a chance of winning their freedom. First of all, they had no money to get an attorney, and no attorney would have taken the case anyway. They had no way of proving their case, and what would their case have been? There was no code of conduct when it came to slaves. They could be beaten, raped, and even killed by their master. They could be overworked, under fed, and punished at will. There really was no case that could be made…as far as I can see anyway. As I said, there was a slim chance that a slave could bring a case, and even less chance that case. Nevertheless, even with that low chance of succeeding, winning in court meant 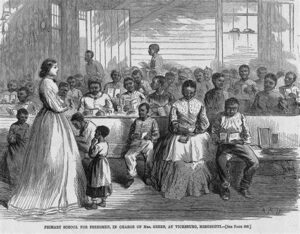 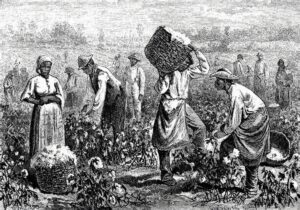 that the slave was now a citizen. They were free, and no one could dispute that again…legally anyway. The problem now was that these slaves had no last name, and they needed a last name to be a citizen. I seriously doubt they wanted to keep their master’s name. So, to solve the problem, the slaves were given the surname…Freeman. In my genealogist’s mind, there is no greater was to lose the true line of a family than such a name change.

One Response to No Last Name