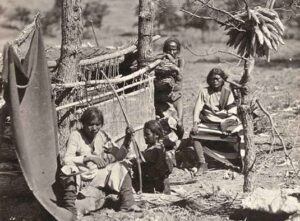 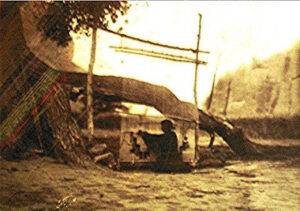 When the White Man came to this country, little was known about how the Indians lived or the things they used to make their lives easier. These days, we have learned much about all that. Things like killing the buffalo and using pretty much every part of the animal for things like food, clothing, weapons, and probably much more. They were also artists, to a degree that we can only imagine. They drew things and made things…from next to nothing…and as we know now, they were very good artists, especially with weaving. Once the Indians found out how much the white colonists liked their weaving, they began to make blankets and rugs to trade for other goods. Before then, the weaving was only used to make clothing for the tribe.

The Navajo people learned the how to build looms and weave fabrics from the Hopi Indians. This new “business venture” brought about a sedentary life as they spent long hours sitting and weaving. They soon learned to make beautiful blankets with geometric shapes, diamonds, and zig-zag patterns. Navajo rugs and blankets are almost exclusively produced by Navajo people of the Four Corners area of the United States. They have been highly sought after, for their beautiful craftsmanship for over 150 years.

The weavings of the Navajo people soon became a commercial production in the Four Corners area. I have 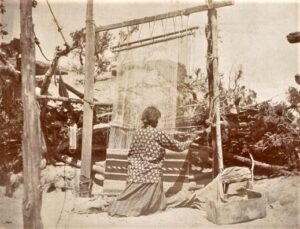 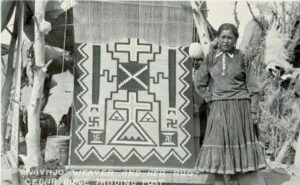 been there and seen them myself. It was very interesting. These days, it is all a part of the tourism industries. As one expert expresses it, “Classic Navajo serapes at their finest equal the delicacy and sophistication of any pre-mechanical loom-woven textile in the world.” Some old-world crafts really can’t be improved upon by using modern-day equipment. The old ways are simply the best ways, sometimes.