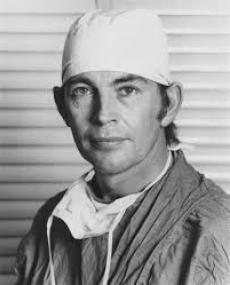 For a heart surgeon, there comes a point with a heart, when the diseased part is bad enough that it can’t be fixed. No matter how hard he tries, it is going to take a miracle to save the owner of that heart. That was the place that Dr Christiaan Neethling Barnard was facing in November 1967. His patient, 54-year-old Louis Washkansky was…well, dying, with little hope of survival. Heart transplants weren’t done every day like they are these days, and Barnard had told Mr and Mrs Washkansky that the operation had an 80% chance of success, an assessment which has been criticized as misleading, but by the same token, Mr Washkansky had no chance of survival without the transplant. Then, the opportunity presented itself, in the form of accident victim, Denise Darvall.

The time had come, and on December 3, 1967, Darvall’s heart was transplanted by Dr Bernard into Washkansky. As with any new procedure, there were the inevitable risks, and while Washkansky regained full consciousness and was able to talk easily with his wife, he developed pneumonia eighteen days later and because of his compromised immune system, due largely to the anti-rejection drugs, he died eighteen days later of pneumonia, largely brought on by the anti-rejection drugs that suppressed his immune system. Dr Bernard could have given up, but he did not. His second heart transplant patient, Philip Blaiberg received his new heart in 1968, and while his life after that was not long, he did live another year and a half. Of course, these days, the heart transplant patient has a much better prognosis because of how much medical procedures have improved.

Born in Beaufort West, Cape Province, South Africa, on November 8, 1922, Bernard studied medicine and practiced for several years in his native South Africa. As a young doctor, he experimented on dogs, which I suppose might make some people angry. Nevertheless, Barnard developed a remedy for the infant defect of intestinal atresia. Intestinal atresia refers to a part of the fetal bowel that is not developed, and the intestinal tract becomes partially or completely blocked (bowel obstruction). His technique saved the lives of ten babies in Cape Town and was adopted by surgeons in Britain and the United States.

In 1955, Bernard decided to travel to the United States to further his studies. He was initially assigned further 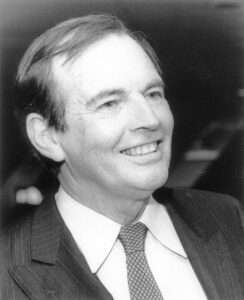 gastrointestinal work by Owen Harding Wangensteen at the University of Minnesota. Then, Bernard was introduced to the heart-lung machine, and was allowed to transfer to the service run by open heart surgery pioneer Walt Lillehei. After his study abroad, he returned to South Africa in 1958. Barnard was appointed head of the Department of Experimental Surgery at the Groote Schuur Hospital in Cape Town. After a long and successful career, Bernard retired as head of the Department of Cardiothoracic Surgery in Cape Town in 1983 after rheumatoid arthritis in his hands ended his surgical career. Still, he could not leave surgery completely alone. He became interested in anti-aging research, and in 1986 his reputation suffered when he promoted Glycel, an expensive “anti-aging” skin cream, whose approval was withdrawn by the United States Food and Drug Administration soon thereafter. During his remaining years, he established the Christiaan Barnard Foundation, which was dedicated to helping underprivileged children throughout the world. He died on September 2, 2001 at the age of 78 in Paphos, Cyprus after an asthma attack.