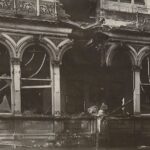 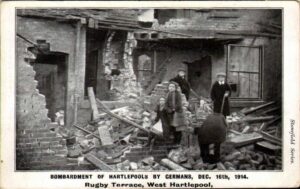 Any army is going to try attack the enemy in a sneaky way, so that their enemy is not ready…and indeed, has no idea the enemy is even nearby. When it comes to sneak attacks, we often think about the Japanese and Pearl Harbor, but they were not the only ones to do it. The Germans were just as likely to sneak up on their targets as the Japanese.

At approximately 8am on December 16, 1914, Franz von Hipper sent German battle cruisers from his Scouting Squadron to attack the British navy. The attack caught the British completely by surprise, as the Germans began heavy bombardment of Hartlepool and Scarborough…two English port cities on the North 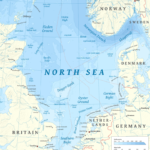 Sea. In the attack that lasted an hour and a half, the Germans killed more than 130 civilians and wounded another 500. The attack brought a swift and vicious response from the British press, who called the incident another example of German brutality. The German navy countered that the two port cities were valid targets due to their fortified status. It didn’t justify the attack, but it was the excuse the Germans used.

The attack was quickly answered by the British. Two defense batteries in Hartlepool were dispatched to attack the German vessels, damaging three of them, including the heavy cruiser, Blucher. Hipper’s plan was to draw the British forces to pursue them across waters freshly laced with mines. They also had another German fleet, commanded by Admiral Friedrich von Ingenohl, waiting offshore to provide support. The plan fell through when the hoped-for major confrontation did not take place. Instead, the British decided to keep most of their fleet, which had been depleted by the dispatch of their major cruisers to pursue the dangerous squadron of Admiral Maximilian von Spee, in the harbor. 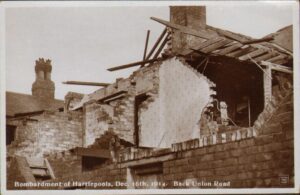 The Scouting Squadron attempted a repeat attack one month later using the same tactics used to surprise the British at Scarborough and Hartlepool. That attempt resulted in the Battle of Dogger Bank, where Hipper’s squadron was defeated, but unfortunately managed to avoid capture. The biggest drawback of a sneak attack is that it can really only be used once. After that the enemy is prepared and watching.