Queen of the Netherlands 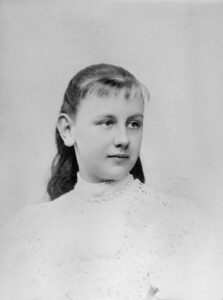 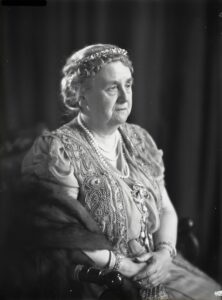 When a monarch becomes incapacitated or becomes monarch while under the age of 18, they can be placed under a regency, which became the normal procedure in 1937, with the passing of The Regency Acts. Prior to 1937, Regency Acts were passed only when necessary to deal with a specific situation. The Regency Act simply placed an adult, often a parent, or in the case of an incapacitated monarch, a spouse, in an advisory position over the monarch. The passing of The Recency Acts of 1937 made the procedure easier, because they realized that it could happen at any time.

Wilhelmina Helena Pauline Maria, born August 31, 1880, was Queen of the Netherlands from 1890 until her abdication in 1948…reigning for nearly 58 years. Her reign was longer than any other Dutch monarch. The First and the Second World Wars, as well as the Dutch economic crisis of 1933, all took place during her reign. The really unusual thing about Queen Wilhelmina was that she became queen at the tender age of just 10 years old, under her mother, Emma of Waldeck and Pyrmont’s regency. Her father, King William III’s passing in 1890 brought about her ascension to the throne. Wilhelmina was their only child, and just a little girl, but that did not mean that she was incapable.

Following her ascension to the throne, Wilhelmina proved herself to be a great monarch. In a popular decision, she maintained Dutch neutrality during the First World War, while also solving many of her country’s industrial problems. Her successful business ventures made her the world’s first female billionaire in dollars. She also ensured that her family was one of seven European royal houses remaining in existence to this day. Of course, all that didn’t save her country from the German invasion of the Netherlands in 1940. At that time, Queen Wilhelmina was encouraged to flee to Britain, where she took charge of the Dutch government-in-exile. That did not mean that she was out of the spotlight and out of reach to her people. She frequently spoke to the nation over radio and came to be regarded as a symbol of the resistance. By 1948, she had already returned to the liberated Netherlands. She was the only survivor of the 16 monarchs who were sitting on their thrones at the time of her coronation.

By 1948, with her health declining, Wilhelmina abdicated the throne in favor of her daughter Juliana in 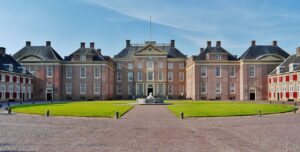 September of that year, and she retired to Het Loo Palace, where she died of cardiac arrest at the age of 82 on November 28, 1962. She was buried in the Dutch royal family crypt in the Nieuwe Kerk in Delft, on December 8, 1962. At her request and contrary to protocol, the funeral was completely in white to give expression to her belief that earthly death was the beginning of eternal life…something I really like. According to German Salic law, the House of Orange-Nassau-Dietz became extinct upon her death, but this rule is not recognized by royal Dutch succession laws. That law seems odd to me considering that her daughter, became queen after she abdicated.