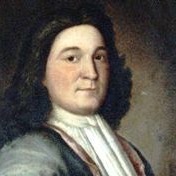 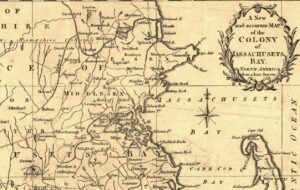 In the late 1600s, Britain and France both owned property in North America, and they were prone to periodic attacks on the colonies belonging to the other. On December 10, 1690, when the Massachusetts Bay Colony launched an ill-fated attack on Quebec, the result was a near-mutiny that forced the Massachusetts Bay Colony to issue the first paper currency in the history of the Western Hemisphere.

Sometimes, these “little skirmishes” put the governments in a position of a cash flow problem. They sometimes had to resort to IOUs to pay the men. In 1690, during one such war, Governor William Phips of Britain’s Massachusetts Bay Colony made a promise to his men that he could not keep. Phips was just back from a successful invasion of the French colony of Acadia. When it went so well, he decided to raid Quebec City. For their participation, Phips promised his volunteer troops half the loot. This loot was to be in addition to their usual pay. In those days, the soldiers were usually paid in coins, but sometimes shortages of official currency in the colonies forced armies to temporarily issue IOUs. Sometimes, even that was difficult, for lack of paper, so in one case, the men were actually paid with cut-up playing cards. The troops were then allowed to exchange the playing cards for goods and services until they received their actual pay.

As to Phips…he found himself with a rather large dilemma, because while he made a grand promise, the raid was a failure, when he didn’t manage to take the city. He was forced to return to Massachusetts with a damaged fleet and no treasure. With a shortage of coins and nothing else to pay the troops with, Phips faced a potential mutiny. So…out of options, on December 10th, 1690, the General Court of Massachusetts ordered the printing of a limited amount of government-backed, paper currency to pay the soldiers. It was the first such printing of paper money in North America. A few months later, with tax season approaching, a law was passed removing the limit on how much currency could be printed, calling for the immediate printing of more, and permitting the use of paper currency for the payment of taxes, which seems odd considering it had no value.

People didn’t trust the paper currency, making it unpopular for anything except paying taxes and before long, it was phased out. Nevertheless, within a few years, paper currency returned to Massachusetts. The Bank of England began issuing banknotes in 1695, also to pay for war against the French, and they became increasingly common throughout the 18th Century. Paper money has continued to cause controversy throughout the early history of the United States, and in many cases, remains so to this day. It was tied to the value of gold for a surprisingly long time, but in 1973 President Richard Nixon officially ended the international convertibility of the US dollar into gold. The printing of paper currency has always been a bit of a shady venture, because it is almost always done without the backing of gold. Without gold to back up the value of the paper currency, the economy is in danger.