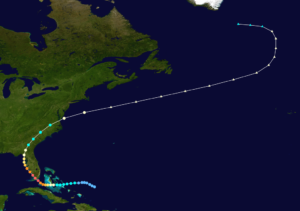 Hurricanes were not always given names, but rather years ago, they were given a number. In 1935, on September 2nd, then Hurricane Three became the Great Labor Day Hurricane of 1935. The hurricane was the most intense Atlantic hurricane to make landfall on record in terms of pressure. It tied with Hurricane Dorian in 2019 as the strongest landfalling Atlantic hurricane for maximum sustained winds. The hurricane had winds of 185 miles per hour. When Hurricane Ida hit Louisiana on the 29th of August, on the anniversary of Hurricane Katrina, I was thinking about how bad it was, but Ida was only a Cat 4, with 150 mile an hour winds. That is really nothing compared to 185 mile per hour winds.

The Labor Day Hurricane intensified rapidly as it was passing near Long Key on the evening of Monday, September 2nd. Southern Florida was swept by a massive storm surge as the eye passed over the area. After carving new channels connecting the bay with the ocean the waters quickly receded. Gale-force winds and high seas prevented rescue efforts into Tuesday. The storm continued northwestward along the Florida west coast, finally weakening before its second landfall near Cedar Key, Florida, on September 4th.

The Labor Day Hurricane was quite compact and intense. It caused catastrophic damage in the upper Florida Keys. The storm surge of approximately 18 to 20 feet swept over the islands. Nearly all the structures between Tavernier and Marathon were destroyed by the hurricane’s strong winds and the surge. The town of Islamorada 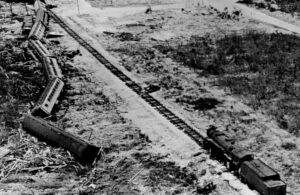 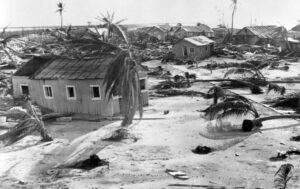 was wiped off the map. Portions of the Key West Extension of the Florida East Coast Railway were severely damaged or destroyed. Sadly, many veterans died in work camps created for the construction of the Overseas Highway, in part due to poor working conditions. The hurricane also caused additional damage in northwest Florida, Georgia, and the Carolinas. In all, the hurricane took 23 lives before it dissipated on September 10, 1935.