Working On His Projects 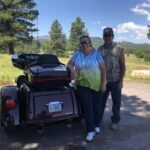 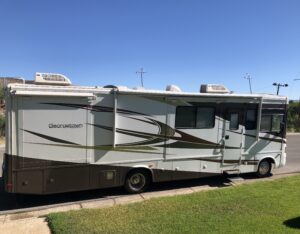 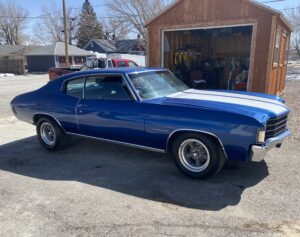 My brother-in-law, Mike Reed is a man who likes to stay busy. He is a supervisor for the Sinclair Refinery in Sinclair, Wyoming, and has been there for years. As his working life winds to a close, Mike and my sister, Caryl Reed are busy working of their ranch outside Casper, Wyoming, which will be their “retirement” home. I’m not sure how much retiring people can do on a working ranch, but with the right help, I think they will manage to be more retired than working. They board horses, but really that is something that takes care of itself, because the owners are responsible for their own horses. Mike and Caryl just provide the land for the horses to stay on. They are also in their second year growing crops. Last year they grew oats, which a neighbor purchased immediately. This year they are growing oat hay. Now I didn’t know this before, but to grow hay is a three year process. You can’t just go out an grow alfalfa hay. Who knew? Next year will be their year for alfalfa hay, and they are excited. 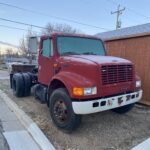 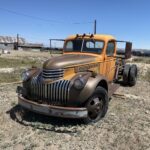 Mike really loves working on their ranch/hay farm, and really feels so at peace when he is there.

Mike and Caryl also love traveling, so this year they bought a really nice motorhome so that they could be comfortable as they travel around. After his retirement, they plan to do a lot of traveling, but Casper and the ranch will always be their home base. Mike also loves riding their new trike, and feeling the wind in their hair as they travel down the road. With the motorhome and the motorcycle, they are ready for any kind of trip they will want to take. With his retirement will come more golfing with Caryl. They took a trip to Salt Lake City for some R and R at the Little America Hotel there. They played golf at the city golf course, and enjoyed some relaxation time. They also like to stay at the Little America in Sun Valley, Idaho. Some of the Little America Hotels have golf courses, like the Sun Valley hotel…so they don’t even have to leave to play golf.

Mike loves restoring old cars and trucks and has several he is working on now. One of the trucks he is planning to sell, but the other will become a family work truck. The cars he restores, often become show cars, and that makes for more traveling, so it’s a win-win. Mike may be retiring, but I don’t see Mike not “working” in the near 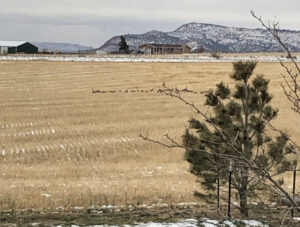 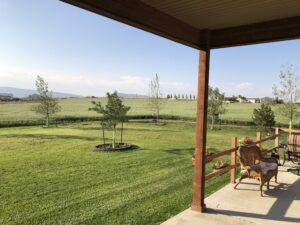 or even distant future. He is a man who likes to stay busy, and that means more projects. The thing about Mike is that he doesn’t start a project and then never finish it. He sees his projects through, and his work is excellent. So while it isn’t going to be a do-nothing retirement for Mike, it will be a very rewarding one for sure. Today is Mike’s birthday. Happy birthday Mike!! Have a great day!! We love you!!