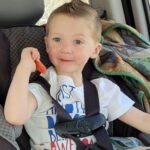 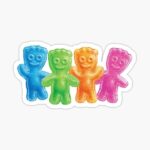 Whether they intend to or not, kids sometimes resemble the things we all know from commercials. Such is the case with my great grand-nephew, Jaxx Harman. Jaxx is the youngest child and only boy of my grand-nephew, Jake Harman and his wife Melanie, and Jaxx is all boy. He may have been growing up around two sisters, but that has not influenced him one bit. Jaxx loves to wrestle and fight, but never hurts his sisters, Alice and Izabella…at least not intentionally. His mom says he is like the sour patch kids…first they are sour, and then they are sweet. I don’t know about the sour side, because whenever I see Jaxx, I see his sweet side. I suppose as his great grand-aunt, he figures that he can’t really pick on me too much. He might be surprised if he tried, because I’m a great tickler!!

Jaxx absolutely loves Scooby Doo and he can recite and sing along with quite a bit of it. It’s amazing how much of something fun a child can quickly memorize, and how hard schoolwork seems to be. Maybe we need to add the cartoons to the schoolwork. I’ll bet lots of kids would memorize their lessons very quickly. And speaking of schoolwork, Jaxx just finished his first year of preschool, and he did very well. He even received an achievement award from his teacher. Jaxx loves going to school, probably because it makes him feel grow up, like his big sisters. It’s hard to be the youngest child. They always have to watch their older siblings get to go 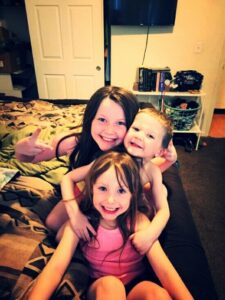 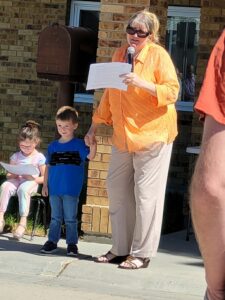 to school and to parties and to friends houses, and they don’t get to go. They always feel somewhat like the baby, at least in their childhood years. That situation is helped when they finally get to go to school too. For Jaxx that was this past school year, and he was very happy to be going.

Jaxx is such a happy, smiling boy. He loves playing with his big sisters, and they try to indulge his boy side as much as they can. That said, the girls must be pretty good wrestlers too, because I’ve seen videos of their playtime, and the can hold their own. Of course, Jaxx loves his sisters very much, and he would never hurt them either. He’s too much a gentleman…or maybe he’s the sweet side of the sour patch kids…for that. Today is Jaxx’s 4th birthday. Happy birthday Jaxx!! Have a great day!! We love you!!