The Miracle Of Gander 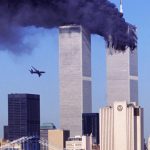 Following the horrific attacks on our country on September 11, 2001, all planes were told to land at the nearest possible airport immediately. Before long, there were no planes in United States airspace, other than military planes. The feeling was an eerie one. Maybe other people considered the international flights, but for some odd reason, I did not until I read a book called, “When The World Came To Town.” When the United States closed its airspace that day, it left literally thousands of people out over the oceans with nowhere to go…almost. Those that had not passed the point of no return, most likely turned around, but there were many planes that had to go on. Nevertheless, they could not land in the United States, so our neighbors in Canada came to the rescue.

There were only a couple of places that planes en route to the east coast of the United States could land. One of them was Gander, Newfoundland…a small town of 9,561 people in 2001…and nearby communities like Gambo, Lewisporte, Appleton and Norris Arm. When the US airports shut down, it left 38 planes and 6,500 people who were heading west over the Atlantic, with very few options. Enter Gander, Newfoundland. Gander airport received those 38 planes, and opened everything in their town to those 6,500 people and a couple of dogs. The passengers were mostly in shock…both because of what had just happened, and because all the people of Gander simply dropped everything to personally take care of the stunned passengers.

At the time, the school bus drivers were on strike. As if they were one person, they all laid down their picket signs and went to drive their unexpected guests around…not just from the airport, but anywhere they needed or wanted to go. Pharmacists filled prescriptions for free. Shop owners declined payment for goods sold to the passengers. The arena at the Gander Community Centre became a giant walk-in fridge for food donations. The people brought their best dishes…comfort food for the passengers, all of whom were feeling, like every United States citizen was feeling…nauseous, anxious, and scared. If people began to cry, someone was there to comfort them and allow them to talk it out. People opened their homes, allowing people to stay with them, and others to shower in their homes. Homes were not locked. They were opened to the people from the planes…at all hours. If people just needed to get out of the community center, someone took them wherever they wanted to go…even just for a drive.

The tarmac at Gander International Airport quickly became a parking lot. There were planes everywhere. I don’t think a plane could take off, if they wanted to, but then, nobody was really going anywhere. The United States was in a “holding pattern,” and for Gander, the same applied, to a degree. They were busy helping their unexpected guests to feel more comfortable, and less anxious, if that was possible. Nevertheless, the passengers were not bored. The townspeople entertained them with music, tours, a church service, and even a birthday party for a passenger with a birthday. The townspeople took the passengers to Walmart to get them 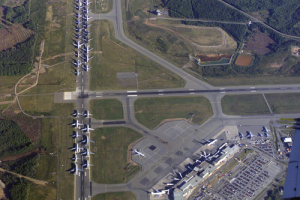 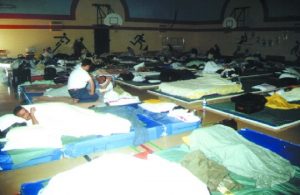 the clothing and other necessities they had to leave in the cargo hold of the plane. Whatever they wanted or needed, they were supplied with. The people of Gander did it all, and asked for nothing in return. All that is great, but the truly wonderful thing that the people of Gander, Gambo, Lewisporte, Appleton and Norris Arm did for the stranded passengers, was to offer friendship…a friendship that has endured through the 19 years since that fateful day.