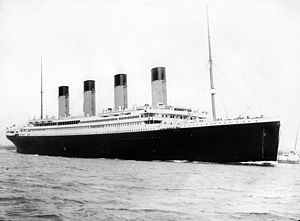 On September 1, 1985 a ship that had been missing in the North Atlantic since 1912…the RMS Titanic…was finally located, but the way in which it was found was not what it seemed to be. Everyone knows the story of Titanic, either from personal loss, history, or from recent movies on the subject, that romanticized it and endeared the ship to the world. The Titanic sank on April 15, 1912, after sailing headlong into an iceberg, while traveling at an unsafe speed, against protocol. The disaster took 1500 people to a watery grave, and changed the protocols concerning the radio room, speeds in iceberg prone areas, and radar to warn the ships about obstacles in the area.

Oceanographer, Robert Ballard successfully found the Titanic while on a scientific mission for, of all people, the US Navy. The Navy had no interest in the Titanic, but Ballard had long wanted to find it, and he decided that the current mission would be the perfect chance to hunt for the Titanic, as well as the two submarines, USS Thresher and USS Scorpion, both of which had gone down in the North Atlantic and both of which were carrying powerful nuclear reactors. The Navy wanted to know if the Soviets had 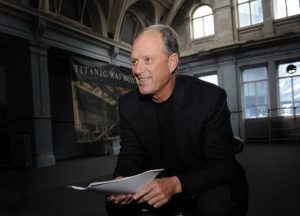 shot down the submarined and if their nuclear material still remained 15,000 feet beneath the surface.

Ballard asked the Navy to fund a project called Argo in the early 1980s. Argo was a submarine that could photograph the underwater to a depth of 20,000 feet. He wanted to find Titanic, but the Navy wanted to us the Argo to find the Thresher and the Scorpion. They agreed provided that he search for all three. In 1985 Ballard set out on a covert Cold War Mission, but publicly he was looking for Titanic. Ballard found the USS Scorpion, and then had just 12 days left to find Titanic. It was not going to be easy. Twelve days to find a ship that the French Research Institute couldn’t locate in five weeks.

While it seemed unlikely that the team would find the Titanic in the short amount of time they had left, their worry about the project’s success would prove unfounded. Around 2am on September 1, 1985, after over a week of taking pictures and finding nothing, the on-duty watch team called for Ballard. The Argo had spotted 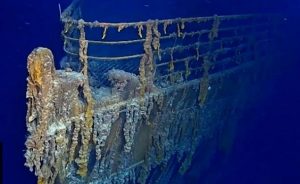 something unusual on the seafloor. As the team peered at a grainy image before realizing that they were looking at the boiler from the Titanic. The team was ecstatic, as the popped champagne for a toast. Then they realized that it was almost the exact time that Titanic went down 73 years earlier. The team felt almost as if they were violating the sanctity of a grave, even if it was well below them. Ballard later wrote, “It was one thing to have won – to have found the ship. It was another thing to be there. That was the spooky part. I could see the Titanic as she slipped nose first into the glassy water. Around me were the ghostly shapes of the lifeboats and the piercing shouts and screams of people freezing to death in the water.”