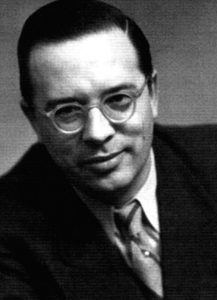 During the Holocaust, the majority of known Jews in any given country, had a very slim chance of surviving the war, but the Denmark Jews somehow managed to hold an impressive 95% survival rate record. Much of that was due to one man, Georg Ferdinand Duckwitz, who became an unlikely hero of the Jewish people…mainly because he was a German diplomat serving as an attaché for Nazi Germany in occupied Denmark at the time. In fact, that is what makes what he did so strange.

Duckwitz was born on September 29, 1904, in Bremen, Germany. He was part of an old patrician family in the Hanseatic City. After college, he began a career in the international coffee trade. From 1928 until 1932 Duckwitz lived in Copenhagen, Denmark. Upon moving back to Bremen, November 1932 he met Gregor Strasser, who was the leader of the leftist branch of the German nationalistic Nazi Party. While talking to Strasser, Duckwitz found that “elements of Scandinavian socialism [were] connected with nationalistic feelings” and this led to his decision to join the Nazi Party, and subsequently on July 1, 1933, to join the Nazi Party’s Office of Foreign Affairs in Berlin.

What had at first seemed to him to be a party who’s values agreed with his, he soon became increasingly disillusioned by Nazi politics. In a letter written June 4, 1935 to Alfred Rosenberg, the head of the office, he wrote, “My two-year employment in the Reichsleitung [i.e. executive branch] of the [Nazi Party] has made me realize that I am so fundamentally deceived in the nature and purpose of the National Socialist movement that I am no longer able to work within this movement as an honest person.” That move in itself strikes me now, as scary, considering how the known Nazi party functioned. He may not have realized hoe dangerous his words were, but I think they could have gotten him killed. Around the same time the Gestapo (secret police) made its first notes on Duckwitz after he sheltered three Jewish women in his Kurfürstendamm apartment during a local anti-Semitic Sturmabteilung event. He later wrote that during this time period he became “a fierce opponent of this [Nazi] system”.

After 1942, Duckwitz worked with the Nazi Reich representative Werner Best, who organized the Gestapo. On September 11, 1943 Best told Duckwitz about the intended round-up of all Danish Jews on October 1, 1943. A horrified Duckwitz travelled to Berlin in an attempt to stop the deportation through official channels. When that failed, he flew to Stockholm two weeks later, saying he was going to discuss the passage of German merchant ships. While there, he contacted Prime Minister Per Albin Hansson and asked whether Sweden would be willing to receive Danish Jewish refugees. A couple of days later, Hansson came back with the promise of a favorable reception. On September, 29, 1943, Duckwitz contacted Danish social democrat Hans Hedtoft and notified him of the intended deportation. Hedtoft warned the head of the Jewish community CB Henriques and the acting chief rabbi Marcus Melchior, who spread the warning. Sympathetic Danes in all walks of life organized an immediate mass escape of over 7,200 Jews and 700 of their non-Jewish relatives by sea to Sweden. Duckwitz’ immediate action and the willingness of the Danish and Swedish citizens saved the lives of 95% of Denmark’s Jewish population. They were the only European nation to save almost all their Jewish population from certain death at the hand’s of Hitler’s evil regime.

Somehow, Duckwitz was never caught committing his act of “treason” against the Third Reich, and he stayed in good standing with the Nazi regime. After the war, Duckwitz remained in the German foreign service. From 1955– 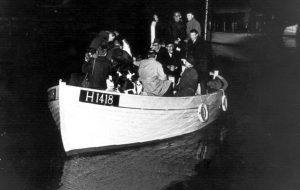 1958 Duckwitz served as West German ambassador to Denmark and later as the ambassador to India. When Willy Brandt became Foreign Minister in 1966, he made Duckwitz Secretary of State in West Germany´s Foreign Office. After Brandt became Chancellor, he asked Duckwitz to negotiate an agreement with the Polish government. Brandt’s work culminated in the 1970 Treaty of Warsaw. Duckwitz worked as Secretary of State until his final retirement in 1970. On March 21, 1971 the Israeli government named him Righteous Among the Nations and included him in the Yad Vashem memorial. He died two years later, on February 16, 1973 at the age of 68.