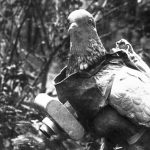 When we think of war, we think mostly of battle, but we should also think of the spies that gather intel. Most often, spies are men and women who have been carefully trained to avoid the enemy, and very possibly to live among the enemy without being detected, so they can hear the plans of the enemy and pass the information to the intelligence community, so it can be used against the enemy so as to win the war. There is, however, another kind of spy that has long been used in war, and was used especially during World War I and World War II…the pigeon. Now this is a spy I would have never have imagined.

The reason pigeons caught the attention of the military was that they were trained to fly home…from wherever they were dropped off. I have no idea how they can do that, but they can and do. The spy pigeons went in as Operation Columba, during some of the bloodiest years of World War II. The idea was to drop cages attached to parachutes into the occupied areas of France, with the hope that the people and resistance members, as well as soldiers could attach messages with critical intel on the enemy locations to the pigeons, who would then be sent back to their home base. There, soldiers would be 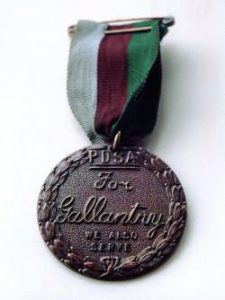 waiting to get the messages to the intelligence community. The plan was perfect, but very risky for the pigeons. So many dangers awaited them…the guns of the enemy, not being found and dying in the cage, and one most of us wouldn’t think of…hungry people. The operation, on its face, was deceptively simple. The British planes dropped 16,000 homing pigeons over occupied Europe during the course of the war, parachuted in small baskets with rice paper, containing a list of questions to be answered by civilians who found them, tucked into canisters tied to their legs. Then the pigeons were to be sent home. Many were lost to the perils in their way, but there were a good number who made it back. A some were decorated with the Dickin Medal for their service…32 pigeons in all were awarded the medal. Pigeon Soldiers like “Winkie” (1943), “Commando” (1944), “Paddy” (1944), “William of Orange” (1944), Mary of Exeter (1945), “G.I. Joe” (1946), Gustav (1944), and Beach Comber (1944), just to name a few. The homing pigeons were donated by their owners…no small sacrifice when you consider that so many lost their lives during the operation. Still, like their human counterparts, the pigeons did their duty, and made their owners proud.

The pigeons did other work, besides just delivering messages. The military equipped some with tiny cameras and they pigeons took reconnaissance photos as they flew back to their home base. The military didn’t have drones in those days, and planes flying “low and slow” would surly be shot down, so the pigeons served as 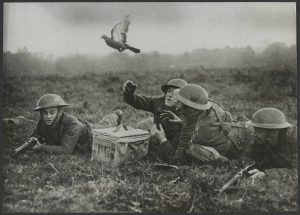 drones in their day too. Most of us think of homing pigeons as being a hobby, and I suppose it started out as that for most of the handlers, but then they grew to love their pigeons…just like family. Each loss was felt deeply, and each successful return met with great relief. They were proud of their very special soldiers, and we as a nation should be too. It gives me a whole new view of pigeons, which I have always enjoyed watching whenever I am in downtown Casper, where we have a beautiful flock of them that grace the skies above town…dipping and soaring high above the buildings, as if in play, but we should remember that at any time, they could be called upon to serve in a different capacity, if the need arose.