The Epitome Of The “Wild” West 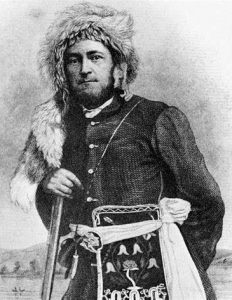 Many people who love the era of the Cowboys and Indians, also find themselves intrigued by the Mountain Men. These men were the epitome of the “wild” west. The Mountain Men were often what many might call “social rejects,” because they lived in the wilderness, hunted and fished to sustain themselves, and were often trappers who sold their furs to supplement their living. All that seems rather normal, but they were also reclusive, and often had long hair and a bushy beard. I suppose that many people would think that our opinion of the mountain men was discriminatory, but we have always had some concerns over those who were so very different. Maybe we even associated the mountain men with lawlessness. They often lived in the wilderness, because the were non-conformists when it came to the law. It wasn’t that they wanted to rob banks and kill people, but rather that they wanted to be free to live their lives the way they saw fit, without all the rules and regulations of society.

One such mountain man, was Joe Meek, who was born in Virginia in 1810. Meek was a friendly and relentlessly good-humored young man. Unfortunately, Meek did not have a the same interest in school, that he did to be a friendly, funny guy. In reality, his biggest problem was that he had too much energy to sit still and learn. After finally giving up on schooling, at 16 years old, Meek moved west to join two of his brothers in Missouri. Meek later found a need to read and write, and so taught himself, but his spelling and grammar were said to be “highly original” throughout his life.

In early 1829, Meek joined William Sublette’s ambitious expedition to begin fur trading in the Far West. This was the perfect lifestyle for Meek, and he found himself flourishing. Meek traveled throughout the West for the next decade, thoroughly enjoying the adventure and independence of the mountain man life. Meek was an average man, standing 6 feet 2 inches tall. He wore a heavy beard, and became a favorite character at the annual mountain-men rendezvous, where he regaled his companions with humorous and often exaggerated stories of his wilderness adventures. Meek, who was a well known grizzly hunter, claimed he liked to “count coup” on the dangerous animals before killing them, a variation on a Native American practice in which they shamed a live human enemy by tapping them with a long stick. Meek also claimed to have wrestled an attacking grizzly with his bare hands, before finally sinking a tomahawk into its brain. I suppose it might have been a tall tale, but more than one mountain man hs fought a bear. Some have won, and some have not had the same outcome…sadly.

Meek may have been a misfit in society, but he had good relations with many Native Americans, and in fact, he married three Indian women during his lifetime, including the daughter of a Nez Perce chief. Still, that good relationship didn’t prevent him from getting into some squabbles with the tribes. Many of the Indians didn’t like the incursion of the mountain men into their territories, and periodically, things got hostile. In the spring of 1837, Meek was nearly killed by a Blackfeet warrior who was taking aim with his bow while Meek tried to reload his Hawken rifle. Luckily for Meek, the warrior dropped his first arrow while drawing the bow, and the mountain man had time to reload and shoot.

Finally, in 1840, Meek saw that the golden era of the free trappers was ending. He decided that it was time for a “career change.” Meek and another mountain man, along with Meek’s third wife guided one of the first wagon trains to cross the Rockies on the Oregon Trail. Once there, Meek settled in the lush Willamette Valley of western Oregon, became a farmer, and actively encouraged other Americans to join him. He could see that 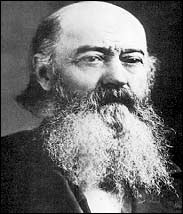 times were changing. In 1847, Meek led a delegation to Washington DC, asking for military protection from Indian attacks and territorial status for Oregon. After the long journey, Meek arrived in Washington DC “ragged, dirty, and lousy.” Nevertheless, he became something of a celebrity in the capitol…maybe a little bit like “Crocodile Dundee.” Meek was a novelty, and the Easterners relished the boisterous good humor Meek showed in proclaiming himself the “envoy extraordinary and minister plenipotentiary from the Republic of Oregon to the Court of the United States.” The trip was quite successful, and Congress responded by making Oregon an official American territory and Meek became a US marshal.

Strangely, considering his anti-social beginnings, Meek returned to Oregon and became heavily involved in politics, eventually helping to found the Oregon Republican Party. He later retired to his farm, where he died on June 20, 1875 at the age of 65.

One Response to The Epitome Of The “Wild” West